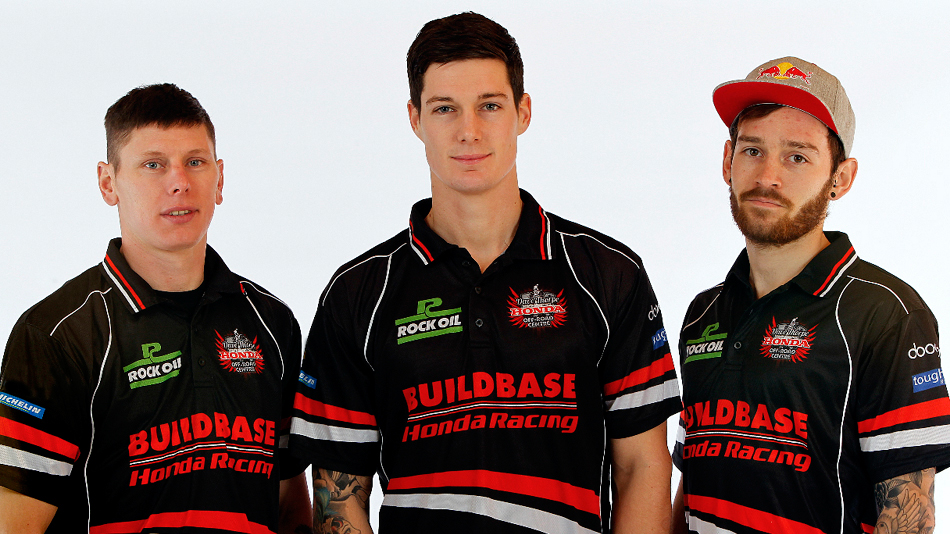 The Phoenix Tools Premier Motocross series has been overwhelmed with interest for 2014 with registrations for all classes being full weeks ago. In the Expert Open Championship it will be Luke Hawkins on the Phoenix Tools Rocket Honda who will be defending his title but he will be joined by fellow team mate also on a Rocket Honda Alex Snow who has to be a threat as well as 2012 Champion Jamie Skuse who will be riding for the Tony Maunders Racing Team. Other Experts will include the likes of four times winner John May, James Dodd, Jake Shipton, Dan Thornhill, Kelvin Townsend, Loukas Maggio, Tommy Alba, the flying 16 year old Todd Kellett, plus up from the junior ranks last years Junior Champion Jay Thomas, young Josh Gilbert plus many more, but the biggest registrations for the 2014 series has to be that of the Buildbase Honda Trio of Brad Anderson, Nez Parker and double MX2 British Champion Elliott Banks-Browne who will now be on a MX1 machine which I am sure will make things very competitive through the year.

In the Over 35’s again this will be well contested with many stars from the not too long ago back competing. Last years Champion Mark Wilde will have to be at his best to retain his title as lining up beside him will be the likes of Gavin Flagg, Nick Life, Jamie Deadman, 2011 winner Martyn Tucker, Rob Lewis, Stephen Elford and making a return to racing 2010 winner Richard Cuff plus many others.

In the Over 40’s the man to beat will be defending Champion Steve Locke who is one of the most consistent riders in this class, but hoping to beat him will be the likes of 2012 Champion Paul Ayres, Jon Rutherford, Johnny and Justin Hawkins, David and Paul Ford and a rider that could well be a big threat Chris Brown to name a few.

The Over 50’s class for this year is going to be wide open as i can see there being many different winners through the year.

The Junior class as with other years there are many new names registering which include many up and coming youngsters who have come up from the schoolboy ranks in to the adult class, so if the 2013 opening round was anything to go by this will show what talent is on offer and who is likely to be in contention.

With the opening round at Phoenix Moto Park, Kingsteignton just over 6 weeks away on March 9th we would like to thank our sponsors which are Phoenix Tools, M D Racing Products, Tyremarks of Tavistock and our new sponsor for 2014 of the team event Dave Thorpe Honda Off-Road Centre.