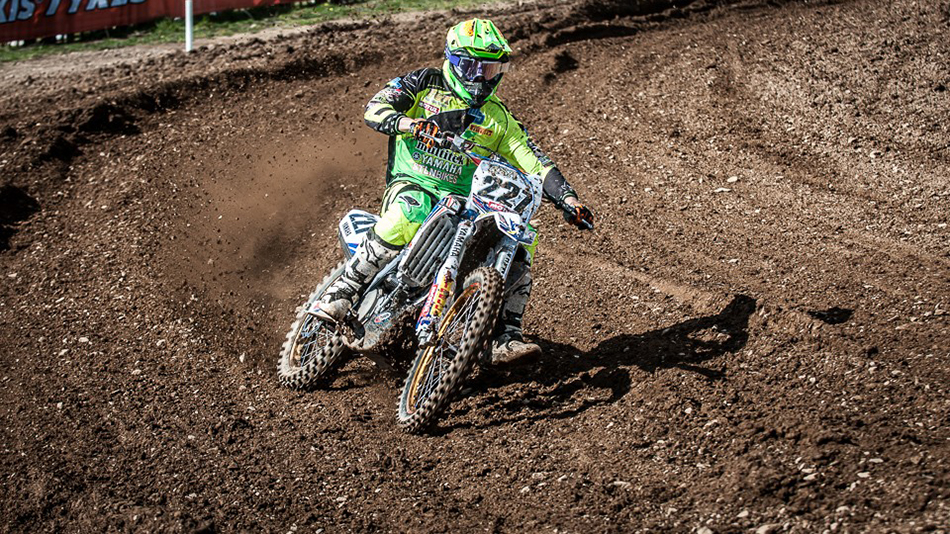 The all-new MX Nationals series will fire into life tomorrow at the popular circuit of Culham in Oxfordshire. With the ‘Fastest 40’ format, and some brilliant wildcards, the race for the win is going to be wide open! So, our own Lewis Phillips and Jonathan McCready put their predictions out there in this piece.

I don’t know how anyone can look past Kristian Whatley for the MX1 title at the MX Nationals this year, honestly. Kristian was practically unstoppable last year. But still, he seems to have stepped it up again this year, if his performance at round one of the Maxxis British Championship is anything to go by. Of course, the MBO Sport Yamaha rider is also used to these mixed MX1/MX2 races, so that should not be a problem for him. Obviously, he isn’t going to go undefeated, but I wouldn’t be surprised to see him win a large majority of the races.

Obviously, a lot of people are going to be keen to watch him this weekend, as he will go up against Max Anstie. Honestly, I think this could be a great race, but I believe that Max will prevail overall. Although MX1 and MX2 race together, they are scored separately, so even if Max topples him, he should still win the MX1 overall.

The Buildbase Honda duo of Elliott Banks Browne and Brad Anderson were very underrated at Landrake on Sunday, even though they put in some great rides in all three motos. I believe that they could really shine in this series; it really wouldn’t be surprising if they challenge Whatley. I elected to put EBB in second, because I believe he is a little more consistent. But, both riders are multi-time champions, so they know what it takes to get the job done!

Obviously, Graeme Irwin will be up front a lot. However, I don’t think he will have the consistency required to beat these three riders over the course of the series. The Irishman has the speed to win races though – there is no doubt about that! Gert Krestinov should also be a frontrunner; he could even end round one on the podium. We know how quick Krestinov is in the soft stuff!

Okay, we can all agree that Max Anstie is going to win the MX2 class at Culham, right? In fact, I think he’ll beat all of the MX1 riders as well. After all, his bike is great and he is riding very well currently. With the 2014 Yamaha beneath him, he should not have any issues getting to the front this weekend!

Max will only be competing in round one, so it is not vital that the rest of the MX2 riders beat him. However, the extra points haul would be beneficial, as I believe Steven Lenoir, Neville Bradshaw and Bryan Mackenzie are going to be very close in speed this year, which should make for a great title fight. I have put Lenoir down as my 2014 champ, as he was very fast at Landrake. Steven narrowly missed out on the RBPN title last year, which ran mixed races, similar to the MX Nationals. I am sure that he will want to turn the tables this year, and clinch the number one plate.

On any day, Bryan Mackenzie could be the fastest man on track. However, I don’t know whether he will have the consistency required to challenge for the title. I think he will be up front enough to finish second though. If he ends up with the most individual MX2 wins at the end of the year, I wouldn’t be surprised. We saw how fast he can be at Landrake! In my opinion, Neville Bradshaw is the opposite to this. I believe that consistency will be his greatest strength; where this will leave him at the end of the year remains to be seen.

It is hard to look past Kristian Whatley for the title. He doesn’t have Nicholls or Simpson breathing down his neck and Graeme Irwin is still riding injured. In theory, Whatley is the runaway favourite but this is motocross and you can never take anything for granted.

That leaves Elliott Banks-Browne as Whatley’s main challenger along with Brad Anderson and potentially Irwin if he can get healthy. All three are capable if they get a bit of confidence to give Whatley a run for his money. Nathan Watson could also spring a few surprises especially on the sandier track. As could Martin Barr if he decides to ride the 350 and gets over his hip injury sustained at Landrake.

The big race everyone is looking forward to is Whatley vs. Anstie at Culham.  It is Anstie the MX2 GP Yamaha rider vs. the British champion, Whatley, on the 450 Yamaha. It’s the second generation of the Whatley vs. Anstie rivalry, and the first chance for everyone to see the two sons of two famous motocross riders create their own history. As we saw at the MXDN, the MX2 machines can be more than a match for the bigger 450s, but the start at Culham could make the difference. Although Anstie’s insanely fast 2014 Yamaha might just make it a fairly even playing field!

So who is going to win? I think they may split moto wins but Whatley might just get the starts and win two motos to Anstie’s one.

It should be a great fight and with riders like Ben Watson and James Dunn also in the mix when commitments allow.