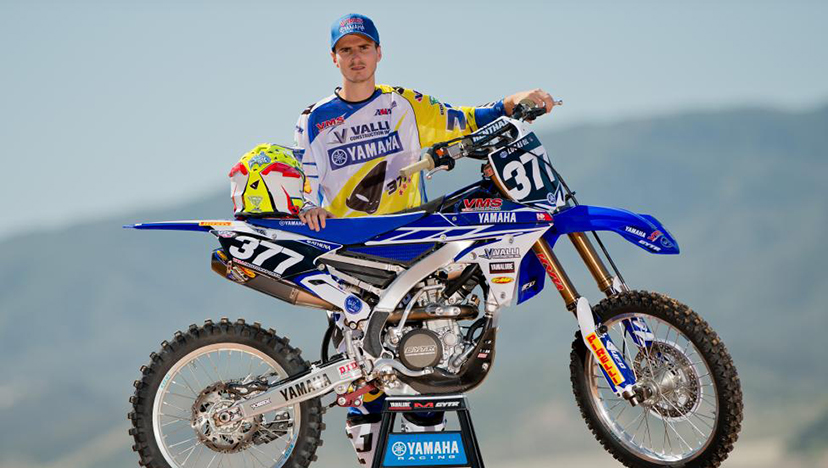 Cypress, CA — Yamaha Motor Corporation is very excited to announce another team will be joining the family to contest the AMA Nationals, alongside the JGR Toyota Yamaha, Yamalube Star Racing and CycleTrader Rock River teams.

After working behind the scenes for the last few months, Valli Motorsports team owner Chad Lanza put a team together with the sole intention of bringing home the AMA 250 Motocross National title to Yamaha using the award winning 2014 YZ250F as his weapon of choice.

Knowing that a team is only as good as its’ members, Chad Lanza with the help of Yamaha Motor Corporation, set about hiring a rider with  a proven history as a front runner in a stacked field of 250F riders. Enter into the picture Christophe Pourcel. Already a World Motocross Champion, Pourcel came to the United States in 2009 with the intention of adding an AMA National title to his resume. In both the 2009 and 2010 seasons, Christophe won the 250 East Supercross Championship, but finished a disappointing 2nd overall in the 250 AMA Nationals despite being one of the most dominant riders in the class.

“When I came to America I had one goal and that was to win the AMA 250 Motocross National title. I came so close, but never realized my goal. That fire still burns, and the minute I had the opportunity to make another run at the title, on a bike as good as the 2014 YZ250F, I jumped at it,” said Christophe Pourcel.

Knowing that just having a championship caliber rider wasn’t enough, the Valli Motorsports team owner set about finding a team manager that was just as capable of bringing home a championship. That man is none other than legendary team manager Erik Kehoe. With a long history with Yamaha during his tenure at Yamaha of Troy, Kehoe is the perfect guy to work with Valli Motorsports, Yamaha Motor Corporation and Christophe Pourcel.

“Some of my best years as a team manager were with Yamaha. They gave me my first shot at being a team manager and I remember quite fondly Ernesto Fonseca winning that first championship in his rookie year and then following it up right after with the then revolutionary YZ250F. I think we can recapture that magic with Pourcel and the 2014 YZ250F,” said Erik Kehoe.

Look for Valli Motorsports Yamaha and Christophe Pourcel as they begin their assault on the AMA 250 Motocross National Championship at Glen Helen on May 24.