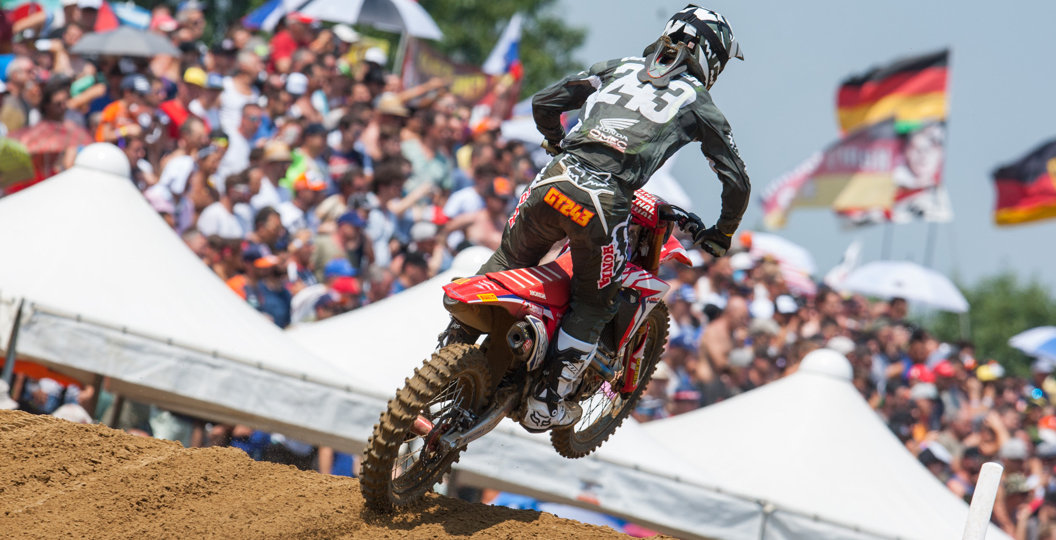 Lewis Phillips catches up with Antonio Cairoli, Pauls Jonass, Tim Gajser, Anthony Rodriguez, Tommy Searle and Malcolm Stewart in the MX Vice post-race podcasts from the MXGP of Lombardia. ‘222’ talks about his intense duel with Jeffrey Herlings, Rodriguez covers his fill-in role at HRC and Searle discusses the various issues that he has encountered aboard a 450F.