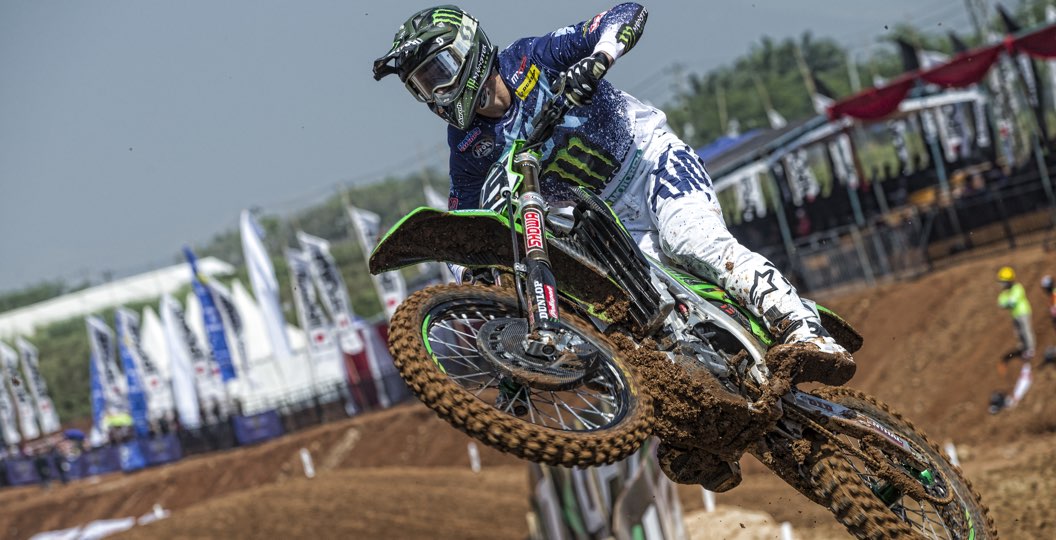 The Grand Prix contingent will return to a state of normality this weekend, as round fourteen of twenty will be held in the Czech Republic. Every single rider in the Grand Prix paddock knows what to expect when racing at Loket and, seeing as fans have past results to work off of as well, picks for Fantasy MX Manager should be easier than they have been for a while.

The hard-pack surface of Loket is a unique animal though and one that some riders desperately try to master over a prolonged period. All of the stereotypes of an old-school European track are wrapped into this one circuit and results are typically similar from one year to the next. Who is actually going to be a good pick?

Maxime Desprey: A good way to determine how riders are going to perform at Loket is to reflect on how they performed at Pietramurata in April, as the two circuits boast similar traits. Maxime Desprey is one of the cheaper riders in the premier class, as he costs just one hundred thousand euros and can reach double digits on a single weekend. Desprey is unpredictable, admittedly, but picking him up is worth the risk at such a low price. Remember that he scored nineteen points at Pietramurata, because that makes it quite clear that he knows how to ride the slick stuff. Nineteen points was the difference between first and thirty-third at the previous round in Indonesia, so that does make a significant difference.

Clement Desalle: Clement Desalle has been featured here plenty of times thus far this season, because of his low price. Spending four hundred thousand euros on him, rather than six hundred thousand on a rider like Jeffrey Herlings, is a great way to go. There is even more of a reason to focus on him this weekend; Loket has been kind to him in recent years. Desalle has stood atop the Czech podium three times in his career and acquired a brace of seconds at the venue just last year. It is actually worth noting that he has not dropped outside of the top five at all at Loket in the last four years, so there is an opportunity for a Fantasy MX Manager player to pull in big points.

Alessandro Lupino: Alessandro Lupino will always be overlooked, it seems, no matter how close to the top five he gets. If he can repeat what he did at Semarang on the old-school Czech track, then he would be an incredible pick. Two hundred thousand euros is a lot of money though, so it is a little harder to forget about if he underperforms and does not get higher than thirteenth. Writing off something that his teammate, Maxime Desprey, does would be much easier, because would that one hundred thousand euros really make much of a difference if spent elsewhere? An intriguing stance to take is that a player can get two riders like Desprey for the price of Lupino. It is quite clear where the value is there.

Henry Jacobi: Henry Jacobi is the fantasy-team killer, but does occasionally surprise and deliver the goods. It is important to consider him, seeing as he only costs two hundred thousand euros, but the risk is just so high. There is a greater chance of success at this Grand Prix, because he was on the podium at Pietramurata in April, so maybe it is worth a roll of the dice? It is worth remembering that he is just coming back from a nasty infection that sidelined him at Semarang though and may still be a little out of sorts, although he did complete both motos at the fourth ADAC round with some success. Think long and hard about whether having him on your team is worth the stress or not.

Dylan Walsh: Another addition to the Fantasy MX Manager game. Dylan Walsh made his MX2 debut at the Grand Prix of Germany earlier this season and will be mixing it up with those riders again on Sunday. Is he worth signing though? There is no doubt that he should be in the points in both motos, even though he failed to do that at Teutschenthal, but will he score more than Maxime Desprey in MXGP? If signing one of these cheaper riders is a goal, then comparing Walsh against Desprey is undoubtedly the way to go. It is highly unlikely that another rider at this price will outperform either guy. Jose Butron should, but he has had an awful season.

Marshal Weltin: Marshal Weltin is an interesting one. Seventy-five thousand euros is how much it costs to sign him, so he is one of the cheapest riders on Fantasy MX Manager, but then he has actually missed out on points at a majority of the rounds. Mechanical problems have restricted him at some of those events though. Signing him could be considered risky, but then there is plenty of upside too. Imagine if he charges into the top ten like he did at the Grand Prix of Great Britain in June? The return would be simply incredible and certainly help a player push towards some 24MX vouchers. There are still thousands of pounds worth of vouchers up for grabs.