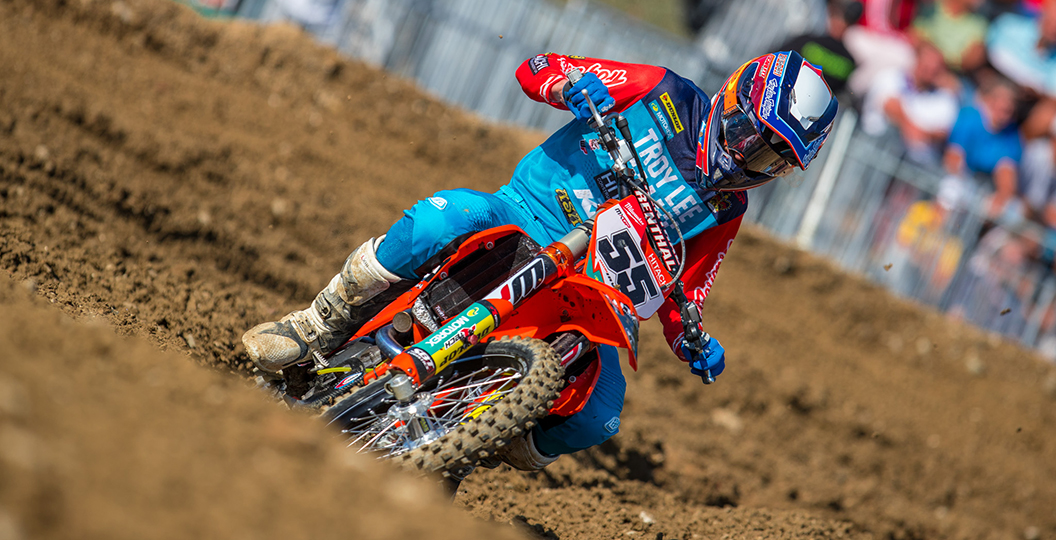 Graeme Irwin, of the Hitachi ASA KTM squad, has had a luckless campaign in the FIM Motocross World Championship. Multiple injuries and health issues have stopped him from fulfilling his potential and, unfortunately, things did not get much better at the Grand Prix of Italy over the weekend.

Irwin scored a single point in the first of two motos, which was not a bad start to the weekend, but did not even manage to finish a lap in the final race of the season. A fall left him with a dislocated wrist and broken scaphoid, injuries that unsurprisingly require immediate surgery. It is unknown when he will return to racing, as it is still early days, but he will certainly miss the final round of the Maxxis British Championship and the Weston Beach Race that he was also scheduled to compete at.

The injury will obviously rule him out of the Motocross of Nations as well, but Team Ireland have already sprung into action and named a replacement. Gary Gibson, who has spent a majority of his season competing in AMCA, will step into the MXGP berth, therefore join Martin Barr and Richard Bird on the squad.