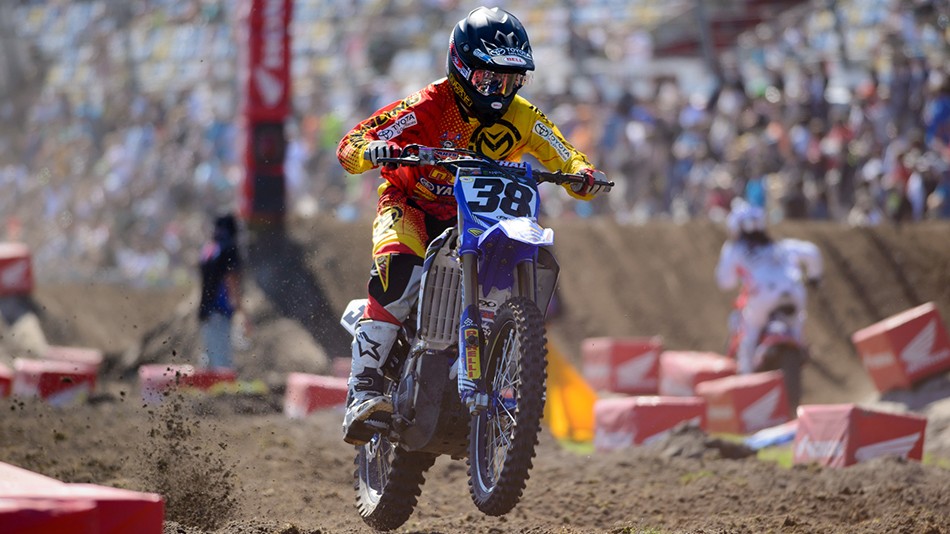 Nicoletti and Friese in for JGR Yamaha

HUNTERSVILLE, N.C. (April 9, 2014) – After holding the consecutive starts record at 44 straight main events in Monster Energy AMA Supercross Justin Brayton was unable to compete last Saturday in Houston, Texas due to a spectacular crash in the first timed practice resulting in an injury to his hand and knee.  Brayton had sustained a broken bone to his foot during his heat race the week prior in St. Louis but was able to race.

Just after the start of the main event in Houston two riders collided behind Josh Grant inadvertently sending an out of control rider directly into the back of Grant causing him to crash violently.  Grant was badly shaken up and unable to continue.  Grant was also injured the week before during his heat race in St. Louis.

Phillip Nicoletti, who is a member of the Toyota/Yamaha/JGRMX Team with support from St. Lawrence Radiology and N-FAB will race in Seattle in place of Brayton.  Vince Friese, who races for The Factory Metal Works Team in the 250SX East Championship Series will race as substitute for Grant.  Brayton and Grant’s status will be continuously evaluated and they will return to racing as soon as safely possible.

Nicoletti, number 38 and Friese, number 42 will race the Seattle, Wash. event at CenturyLink Field this Saturday, April 12.  Fox Sports One will broadcast the race live starting at 10:30 p.m. (EST).  Timed qualifying will stream live on supercrossonline.com beginning at 5:00 p.m. (EST).  The final segment of Supercross, Behind the Dream will air on April 13 at noon, (EST) on CBS.