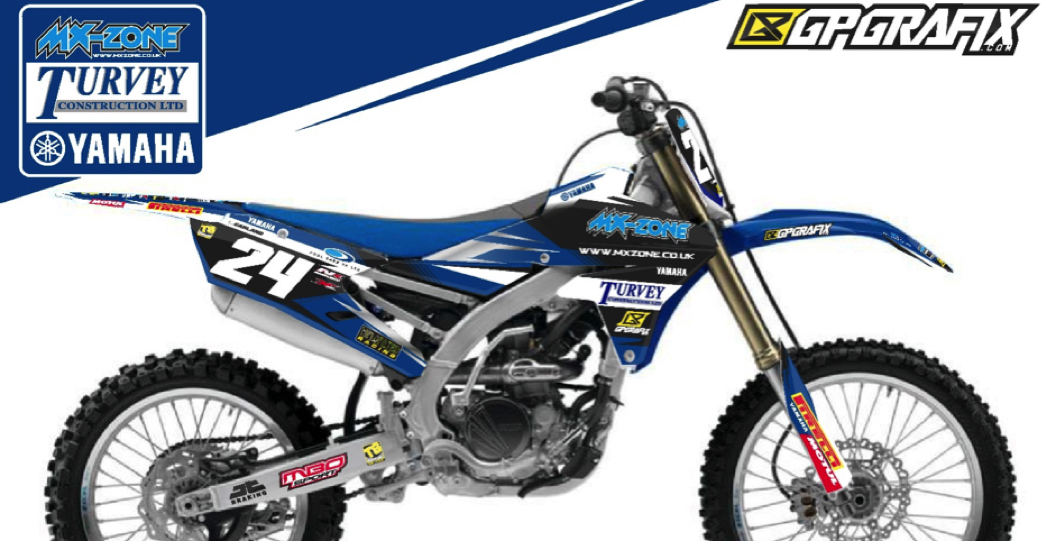 Following the withdrawal of a number of high profile teams from the paddock in 2015, some great news coming from the South West is that a new team will be making its debut season.

MX Zone / Turvey Construction Yamaha will be fielding a 4 man team under the management of MX Zone chief Matt Greenland.

Having spent the last couple of years supporting Rob Hooper Suzuki and numerous other top teams with his engine development programme, Matt has decided to take the plunge into running his own team in 2015 with support from a number of key partners.

Turvey Construction, a Hampshire based building & development company have been supporting Motocross for a number of years and have stepped up their support even further for 2015 in partnering MX Zone.

The team will be run from the MX Zone Headquarters in Melksham, Wiltshire.

The facility houses a full Engineering / Engine development department where it is capable of producing some of the fastest bikes on the track.

The rider line up sees the return of two young but experienced Maxxis British Championship pilots in MX2 with 2014 New Zealand champion Kayne Lamont returning to the UK after a winter spent racing for Josh Coppins JCR Racing team, whom he has already agreed a contract to ride for again in 2016. Kayne is being joined by Liam Garland, the south coast youngster making his return to racing after 2 injury ravaged seasons will be keen to get back to race action. A third MX2 rider joining the team is Keiran Banks who has been competing in the EMX125 championship over the past 2 years with the fourth rider being MXY2 pilot Camlann Macdonald.

With further support from Yamaha UK via the JCR Racing connection, MBO Sport, GP Graphics, Poolcare, Performance Head Engineering and Total Scaffolding Supplies the team is looking to make a solid start in 2015 with both rider and machinery capable of running top 10 in the championship.

I am looking forward to working with Yamaha, they have a strong bike in both the engine and chassis department, which is a great starting block for our race bike. I have worked with all three MX2 riders before and I know with hard work from us all we can have a great year.

Massive thanks go to Turvey Construction Ltd and all our other sponsors for making 2015 happen.

We have been supporting Liam for a number of years now, as we believe he has both the talent and desire to make it, and despite a bad run of injuries, he has proven his speed at the top level.

We wanted to play a bigger part in his racing in 2015 and the support we have given will ensure Matt and his team at MX Zone can achieve their goals.

It’s been 3 years since I’ve raced in England and didn’t have the best time when I was there in 2011. I am looking forward to coming back over and racing there again. I’m riding for Yamaha in New Zealand at the moment and am enjoying the new bike so racing the same bike in the UK will be a big bonus. I have a good relationship with Matt and look forward to working with him in this up and coming season.

I am really looking forward to the season ahead after spending a majority of the last two seasons on the side line with serious knee injuries. I proved in my only Maxxis outing at Lyng earlier this year, scoring solid points in all 3 races that I have the speed to run near the front. I have used Matt’s engines on a number of occasions and know that I will be on great bike.

Having spent the last couple of years racing the EMX125 series my speed has improved and I now feel ready to step up to the challenge of MX2.

I’m really looking forward to my first year on a team and am working hard in the gym to get my fitness to where it needs to be and hope to be challenging near the front in the MXY2 championship.