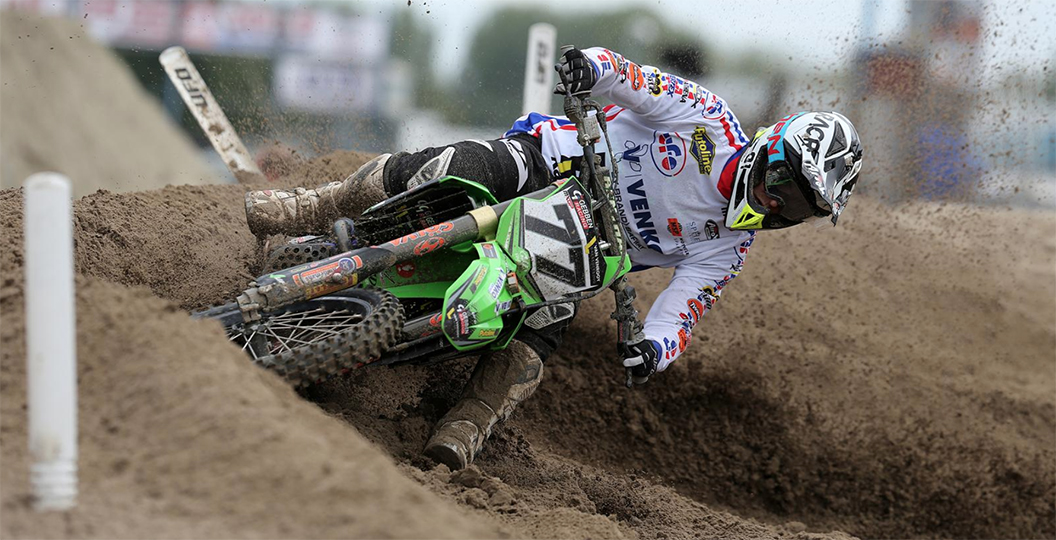 Benoit Paturel has secured a new contract with Gebben Van Venrooy Kawasaki for the next FIM Motocross World Championship season, it has just been confirmed at the Grand Prix of The Netherlands. Paturel will join Lupino underneath the awning next year and effectively replaces Maxime Desprey, who will ride for Honda SR in the French domestic series.

Paturel has had a rocky first term in the premier division, as he struggled to secure a deal to begin with and could not join the class until round four in April. Things did not go much smoother once he hopped onto a Marchetti KTM, as he has been missing since the Grand Prix of Lombardia in June with glandular fever. The issue will also rule him out of the final round of the season. A twelfth in a moto was a season-best finish for the former Grand Prix winner.