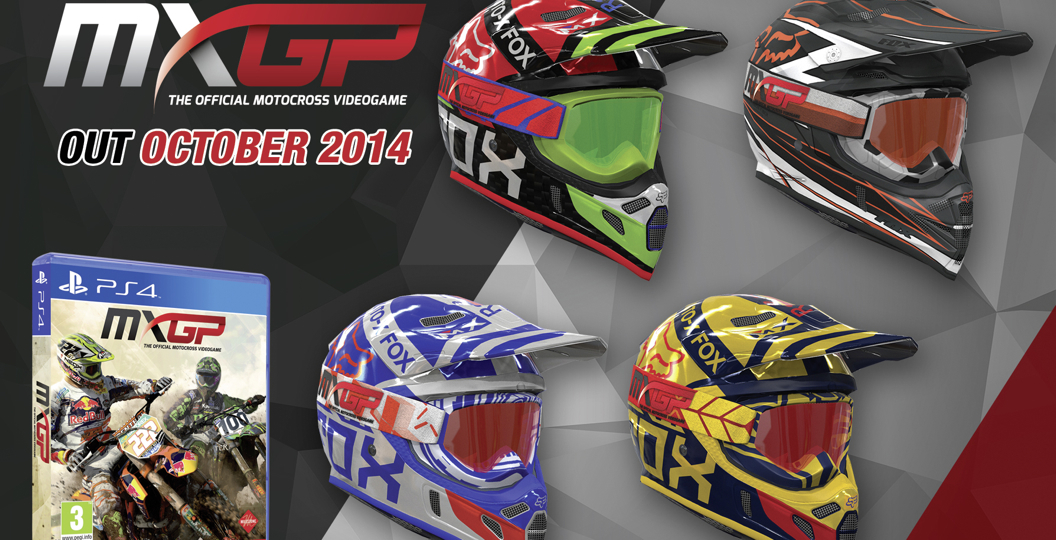 Bristol, UK (Friday, 5th of September 2014) PQUBE – Milestone, one of the most recognized racing videogame developers and publishers for consoles and Windows® PC, is proud to announce that the PS4 version of ‘MXGP – The Official Motocross Videogame’ is now available for pre-order.

Customers who Pre-Order from GAME will receive an exclusive four helmet DLC set from FOX, allowing you to customize your rider in all offline and online modes. The pre-order is available in-store, and online here; http://tinyurl.com/game-mxgp-preorder-ps4

MXGP – The Official Motocross Videogame on PS4 represents the ultimate representation of the sport to date.

–        More riders on the track. Almost double the amount of riders on track at the same time for a more realistic and intense racing experience.

Based on one of the most adrenaline filled and challenging championships ever, dust, emotion, realism, authenticity, amazing jumps and the fight for first position are key elements of the MXGP videogame. A lot of new features have been included into the game that will inspire both gamers and motocross lovers – as new generations of riders and players are brought to life, characterized in Milestones latest masterpiece.

For more information on MXGP PS4 head to;