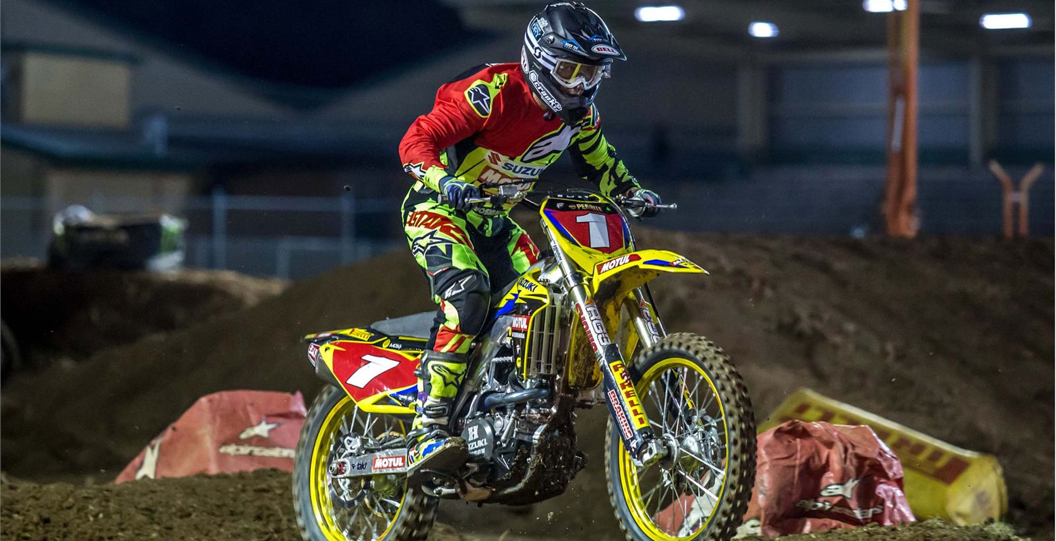 Moss was flawless on the 2015-model RM-Z450 to win his heat races and both premier class SX1 main events, while upon his return to the team, Bopping was a fighting-fourth in Friday’s opening round and third on Saturday during round two.
The result is a continuation of dual MX Nationals champion Moss’ recent run of form, which now sees him lead the ASX championship by six points, with Bopping a further six back in third.

Said Moss: “Everything is gelling at the moment and I feel really good on the 2015 Team Motul Suzuki RM-Z450. We were able to win both nights and I was happy with that, so now we will look to improve that bit more entering Phillip Island this weekend.”

Bopping charged through the field on Friday to marginally miss the podium in fourth, before Saturday saw him go one better for third overall in his first podium showing of the season. It was a positive start to the season after competing part-time so far this year.

“I was really close to the podium on Friday, but things went a lot smoother on Saturday which helped me get there,” Bopping said. “Team Motul Suzuki has been right behind me and the 2015 RM-Z450 is such a great bike, so it’s exciting to start the season like this and now we look forward to Phillip Island.”

SX1 round one results: