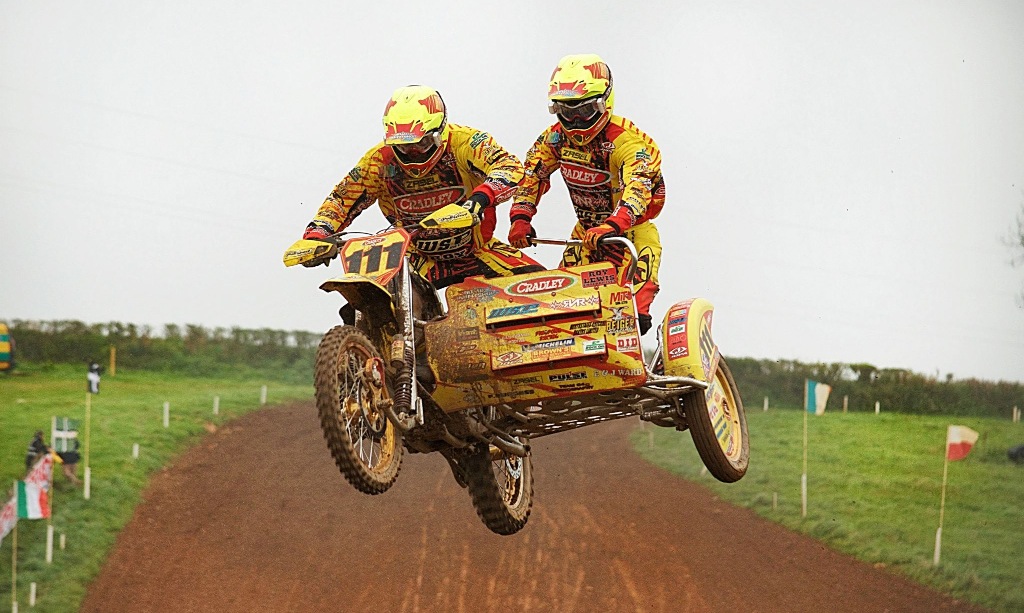 The Maxxis British Sidecarcross Championship makes a welcome return to Culham Park this weekend after an absence of 10 years.

On that occasion Stuart Brown was on his way to his 3rd of his 11 British titles . In 2014 Stuart will once again have Josh Chamberlain in the chair aboard their  Cradley supported Zabel WSP. Pre season events have seen them going well and after the Results in the Dutch nationals at Lochem they are going to be the team to beat again.

The chasing pack has plenty of talent ,nRichard Jenkins / Dan Chamberlain will be looking to improve on their 2nd place in the series in the previous two seasons , once again they will be on board their GL12 Racing supported Zabel Wsp.

Many teams have made changes over the winter either in machinery or passenger. Other than the leading 2 in last years standings one team that should be near the front is Grand Prix regulars Nick Jarvis / Ryan Humphrey on their Berkshire Cycles
KTM WHT.

Podium places will be hotly contested by the chasing young guns . Brett Wilkinson has teamed up with Steve Kirwin over the winter & sees them switch to  2 stroke powered 700cc Zabel in their WHT frame supported by Wilkinson Garage Services. Also making the switch is Jack Etheridge / Scott Grahame now aboard the Centrilift Zabel WSP.

Making a welcome return after injury are Daniel & Joe Millard, racing the Millard Motorhomes KTM WHT .The Frome brothers have made the switch back to 4stroke machinery over the winter & normally go well at Culham , so should be in the mix at the front of the pack. Another crew making a return to racing is ex AMCA champion Simon Bradford who has teamed up with the vastly experienced Luke Peters .

Making the long trip from Ireland will be  Neil Cambell / Ross Graham , there form at Canada Heights last season could see them improve on their 10th place last season & they go well in sandy conditions having won the first round of the Ulster Sidecar Championship at Desertmartin last weekend.They are 1 of 3 teams making the trip from Ireland.

Like many forms of motocross , Sidecarcross also has 2 female riders competing in the Series. Emma Moulds became the first female driver to score points lasts season driving her outfit & will have Niki Adair in the sidecar once more .Faye Barnes  2014 passenger of the year will be partnering Arthur Walton on outfit number 20.

If you’ve never been to a sidecar event come along this weekend and see the UK’s top crews battle it out at Round 1 of the series. Action starts at 9.30 with the first race at 11.00am ( subject to change ). Support races come in the form of the Culham Grand National solo event.