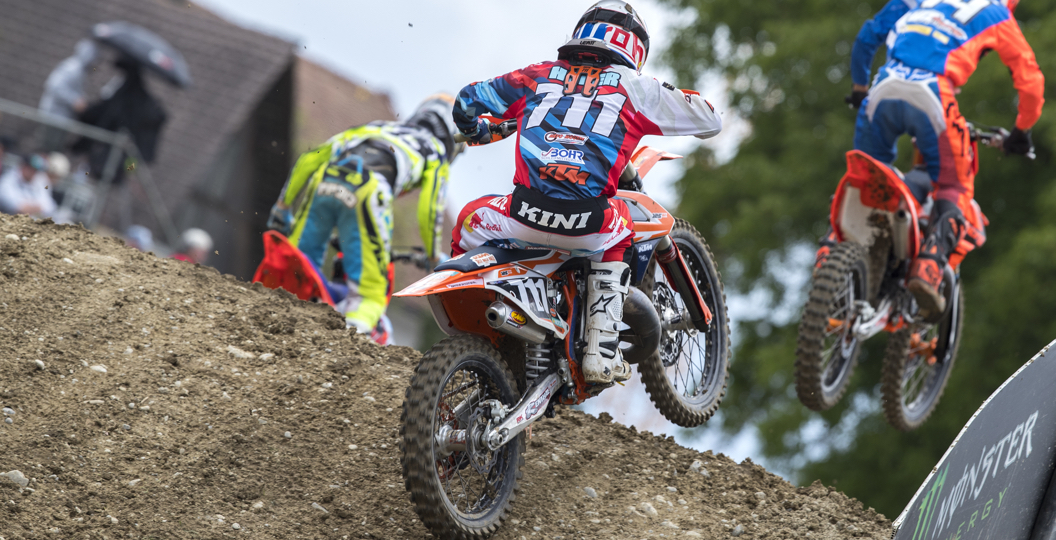 KTM Factory Racing will tackle the EMX125 series with a young Austrian, Rene Hofer, next year. Hofer finished fifth in the final standings this season, despite the fact that a broken finger restricted him through the first two rounds of the series, and announced his deal via social media.

“Excited to announce my signing with KTM Factory Racing for the 2018 season,” he wrote. “I will ride for the KTM Junior Racing Team, which will be a one rider team in 2018. I will compete the full EMX125 championship, world championship 125cc and national races like ADAC MX Youngster Cup and Austrian Championship on a 250 four-stroke KTM.“

Hofer spent a lot of time around fifth this year, funnily enough, as he finished in that position in five of the sixteen motos, but he also dropped outside of the top ten in four races.