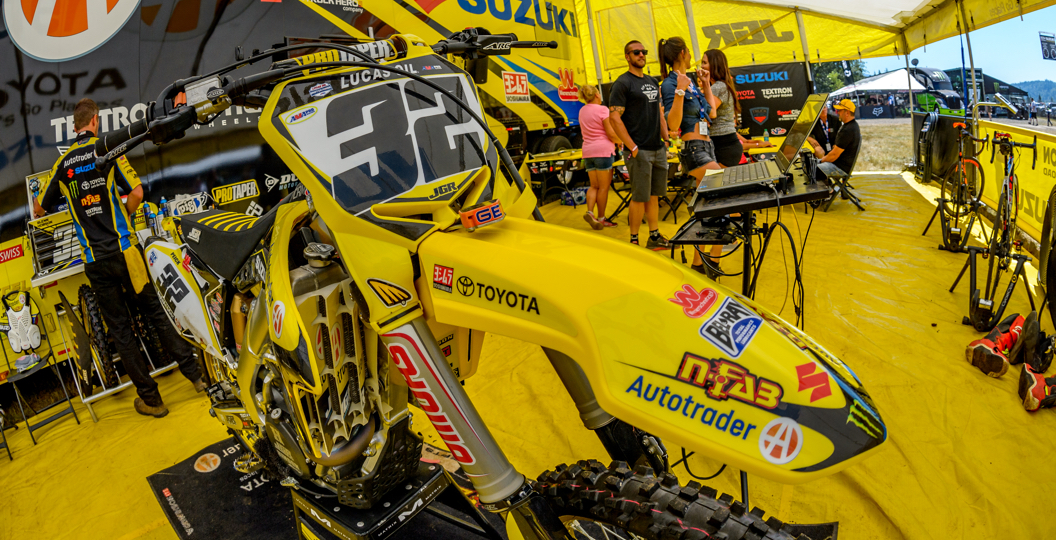 Announcements about new deals for next year are starting to filter through, despite the fact that they do not typically arise until the beginning of October. The Autotrader Yoshimura Suzuki team, for instance, have just named their team for the new season.

It is no surprise that Weston Peick will be returning to the awning for the fourth year in succession, as he has reached countless milestones with Joe Gibbs Racing. “I couldn’t be happier to sign with JGR again for 2018,” Peick said in a press release. “They’ve believed in me for several years. I have the utmost confidence that together we can accomplish great things, and I plan on continuing my career with them long past 2018. I’m eager to ride the all-new 2018 Suzuki RM-Z450 and begin testing for the upcoming season.“

The newest rider beneath the awning, Justin Bogle, will travel over from the defunct RCH team and replace Justin Barcia. “I’m obviously very excited to be on the team, and I’m beyond thankful for the opportunity,” Bogle said in the same press release. “It has been a rough couple of years, but things are starting to turn around. I’m very happy with my program, my training and my personal life. This is all coming together at the perfect time.

“Truthfully, I wouldn’t have been ready for this chance two years ago.” he continued. “As cliché as it sounds, everything happens for a reason. I have learned from my struggles and have grown as a result. I’m excited to be working with an incredible team of people, and I feel good about our chances in 2018.“

The Autotrader Yoshimura Suzuki team are also expected to have a gaggle of 250F riders beneath their awning, but those will be announced at a later date. Weston Peick and Justin Bogle will debut in their new colours at the Monster Energy Cup in the middle of October.