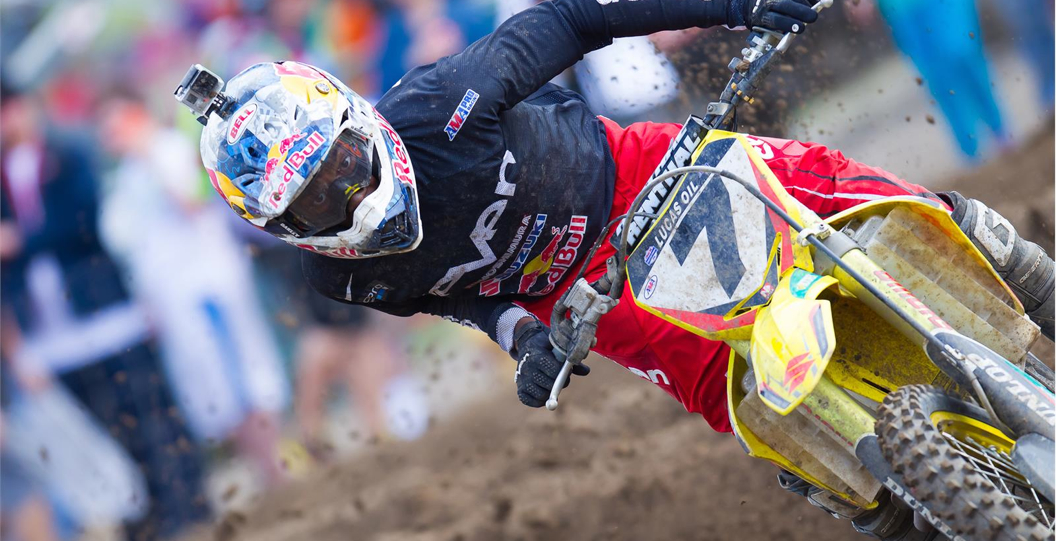 James Stewart out of Indiana

“Hey guys. It’s been a while since I’ve had a chance to talk to you all so I wanted to get you up to speed on what’s been going on. This year has been incredibly up and down with the highest of highs and lowest of lows for the team and me. I finally felt things were going our way after decent results in Colorado and then the sweep at High Point. After that it’s been one frustration followed by another – tough luck in Tennessee and it just seemed to get worse every weekend, from Redbud to Budds to finally Millville where I wasn’t even able to start the second moto and had to pull out.

“It took a few weeks after Millville to recover and get back up to speed but finally I feel like I can be out in front again. I feel great on my RM-Z and want to race. Unfortunately the whole situation with my medical condition and the process has far exceeded how long we thought it would take.

“As of today, I’m still not in the position to be able to race. It’s frustrating to me cause that’s all I’ve ever wanted to do. The situation is so complicated and like I said, it’s taking a lot longer to get through the process than I ever expected. I feel like I’ve let a lot of people down – my fans, my family, my team, my sponsors – they are all so important to me cause they’re my life. And racing is my life.

“I’m hoping I can at least get out there and catch the last round in Utah. I’m bummed to miss Indiana with the new track and all. It’s no fun watching these things from home when I know I should be on the bike and out there with my team and fans. I’m hoping for the best.”

Yoshimura Suzuki Factory Racing’s next race will be round 12 of the 2014 AMA Pro Motocross Championships on Saturday, August 23th, at the Utah National in Tooele, UT.