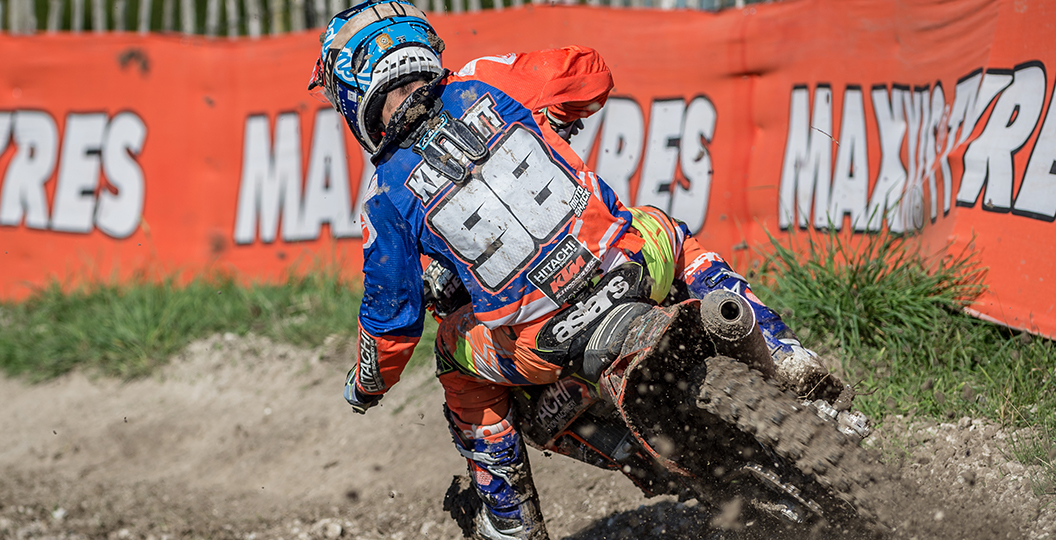 Todd Kellett really broke through this year, but not just because of his moto win at the sixth Maxxis British Championship round. Kellett was impressive on all surfaces across Britain and Europe, as he would constantly appear at the top of the time sheets in qualifying or cut through the field at an impressive rate. The Husqvarna-mounted rider has hit a bit of a bump in the road, however, as he was airlifted to hospital yesterday.

“As some people are aware, I had an off whilst practicing yesterday and was airlifted to hospital,” he wrote on his social media account. “Unfortunately I have multiple broken vertebrae in my back. Positive thoughts and we will be back! Thank you for all the messages and help at the track, I haven’t had time to reply to you all.“

Kellett ended fifth in the Maxxis British Championship, just seven measly points from the rider in third. He appeared in the top five in nine of the sixteen motos that were run.