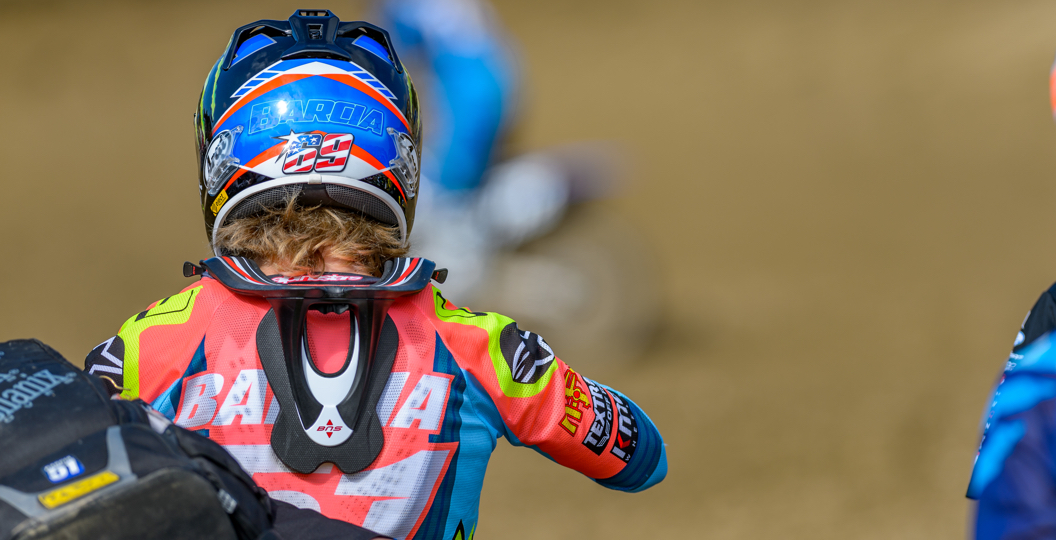 It seemed that Justin Barcia was on the right track prior to Washougal, as he was making progress and nearing his former level. Things came crashing down, however, when he hit his head in practice and had to skip the motos. Although he then contested press day at Unadilla two weeks later, there was some confusion and he was not cleared to race.

Justin Barcia was eager to return to the starting line at the penultimate Lucas Oil Pro Motocross round this weekend, which will be held at Budds Creek, but he is still not in a position to compete at such a high level. “Justin Barcia has not been cleared to race this weekend’s round,” a press release from the JGR Autotrader Suzuki team stated. “This unfortunate news comes as the result of Justin Barcia crashing in the final practice session at Washougal. Barcia was looking forward to racing Budds Creek on Saturday, a track he has fond memories of racing at.“

It is unknown whether Justin Barcia will be able to compete at the final round next week, but an update on his status will be provided by the JGR outfit closer to the event. Is it possible that ’51’ has completed his final event aboard an Autotrader JGR Suzuki?