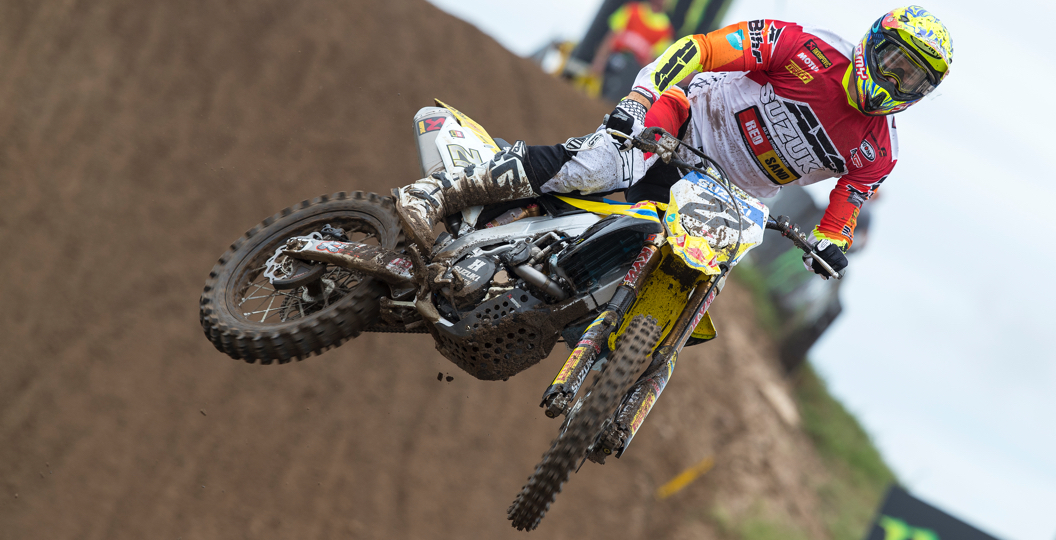 The Monster Energy MXGP of USA was undoubtedly one of the most demanding events of the season. Multiple riders were caught out by the conditions, but Arminas Jasikonis may have been the most misfortunate. The Suzuki World MXGP rider dislocated his hip in the first of two MXGP motos.

“He got a good start, moving into third position and was jumping the tabletop when the bike dug in on soft ground as he landed,” Stefan Everts explained in a press release from Suzuki. “He went over the handlebars, the bike hit him and he dislocated his right hip. It’s been put back by the medical team and it’s not looking too bad, but he has to have another scan. Providing it is all ok, he should be able to travel back with the team tomorrow. In what condition? I don’t know.

“It will be tough travelling for him, but it’ll be good to get him back to Belgium so we can do all the tests there,” he continued. “A hip dislocation normally takes many months to come back fully, sob we’ll just have to wait and see. Obviously we all wish him the best and will do everything we can to make his recovery as swift as possible.”

Arminas Jasikonis is currently thirteenth in the MXGP standings and claimed a season-best finish of third at the MXGP of Portugal in July.