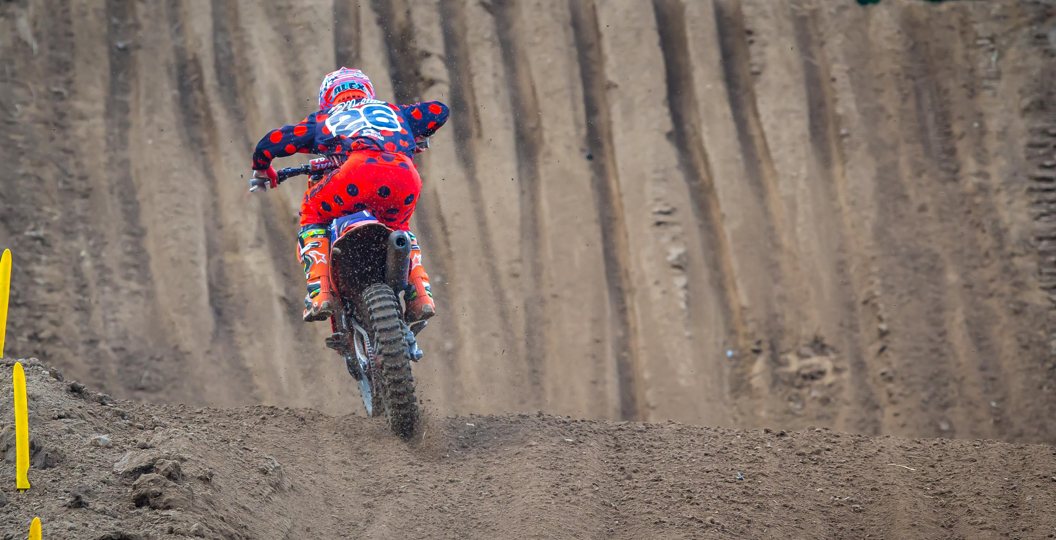 The 250MX title fight in the Lucas Oil Pro Motocross series has been shaken up considerably. Alex Martin, who currently sits second in the division, will miss round nine of twelve with multiple injuries. A report from the Troy Lee Designs Red Bull KTM team was rather vague, but it was confirmed that he “injured his collarbone and scapula” in a crash that occurred on Tuesday.

“He will miss this weekend’s round at Washougal MX Park and will undergo further evaluation from a second doctor to find out his return timeline,” the statement concluded. It remains to be seen if he’ll return at the following round, Unadilla.

Jeremy Martin, Alex’s brother, is sixty-three points down on Zach Osborne in third in the series standings. Jeremy won the 250MX title in 2014 and 2015.