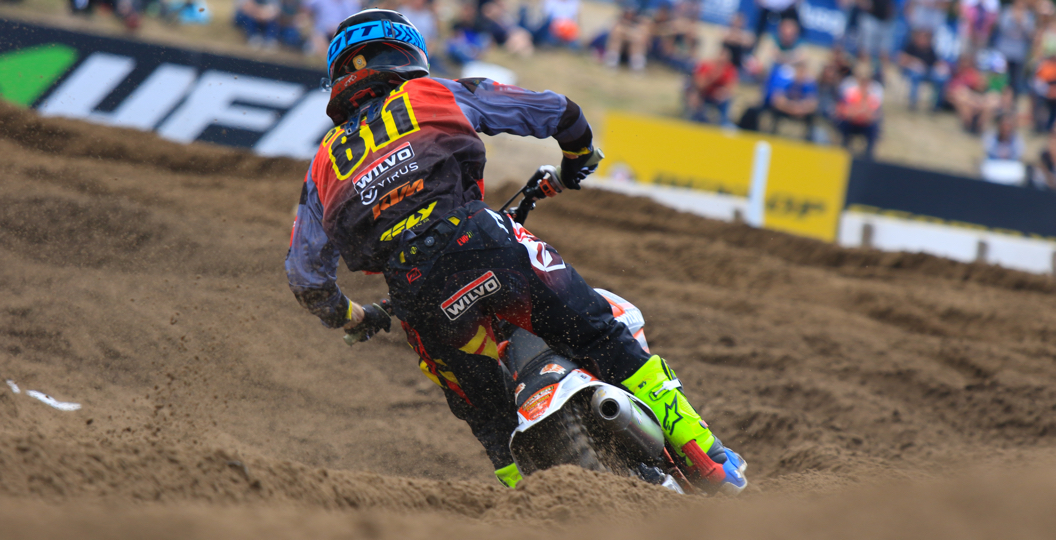 What has been a testing season for Adam Sterry continues, following a scary incident at the GP of Belgium yesterday. Sterry showed good speed all weekend long and, as a result, was more than capable of two top-eight results, but instead ended with a 14-DNF scorecard. A second-turn crash in moto one curtailed his efforts, so he was eager for redemption in the second and final outing.

A good start, twelfth, left him in a nice spot, but a crash with two laps to go saw him trapped beneath his bike and his exhaust burn his arm and chin. Sterry then, unsurprisingly, rode back to the paddock as fast as possible in order to receive medical attention.

“Scariest experience of my life today,” he offered up on social media. “[I] had just a small crash, but got my head stuck in the back wheel between the exhaust and for two minutes I couldn’t move while my arm and chin were burning on the exhaust.“

‘811’ is now at home to receive a skin graft, but it remains to be seen when we’ll next see him on track. We’ll update you on his condition when more becomes available.