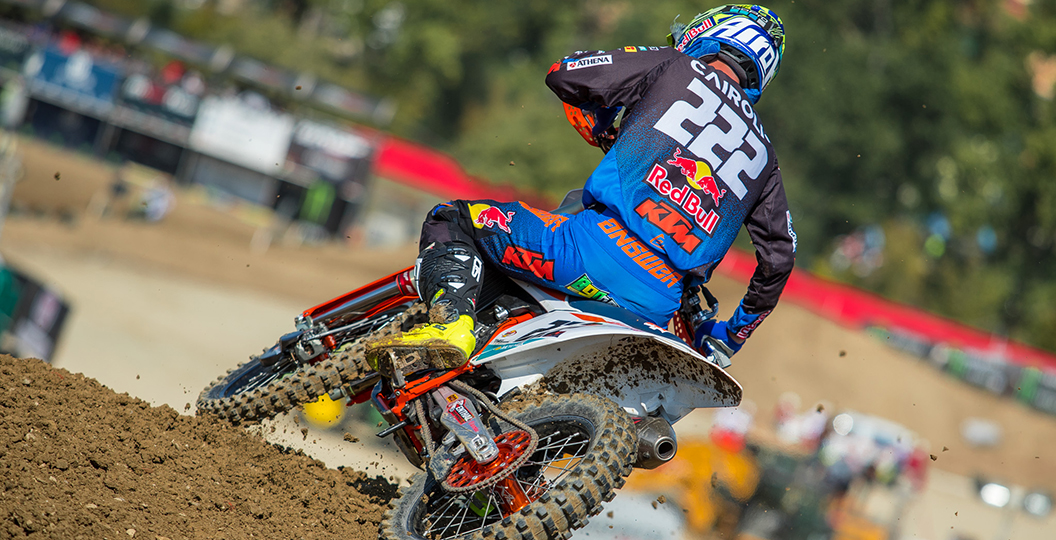 Antonio Cairoli had yet another hard hit in the qualifying race at round twenty of the FIM Motocross World Championship, the Grand Prix of Italy, earlier today. After moving from tenth to eighth in the first five laps, he charged towards pit lane and ended up crashing out in a spectacular fashion. The incident was caught on his GoPro and that footage from that can be found below.

“#MXGPImola qualification heat. Bad start, came back from sixteenth to seventh,” Cairoli wrote on social media. “Blinded by the sun I made a small mistake with big impact… We definitely have to work on making this track less dangerous in a few spots next year, but the location is amazing and that’s the way to try to make our sport more popular. Tomorrow I will line up and see how is the pain.”

Antonio Cairoli will head to the starting line in thirty-fourth, last place, when the motos begin at midday tomorrow. The results that he acquires will not help or harm him in the championship standings, as he has already secured second and obviously cannot chase the world title anymore.