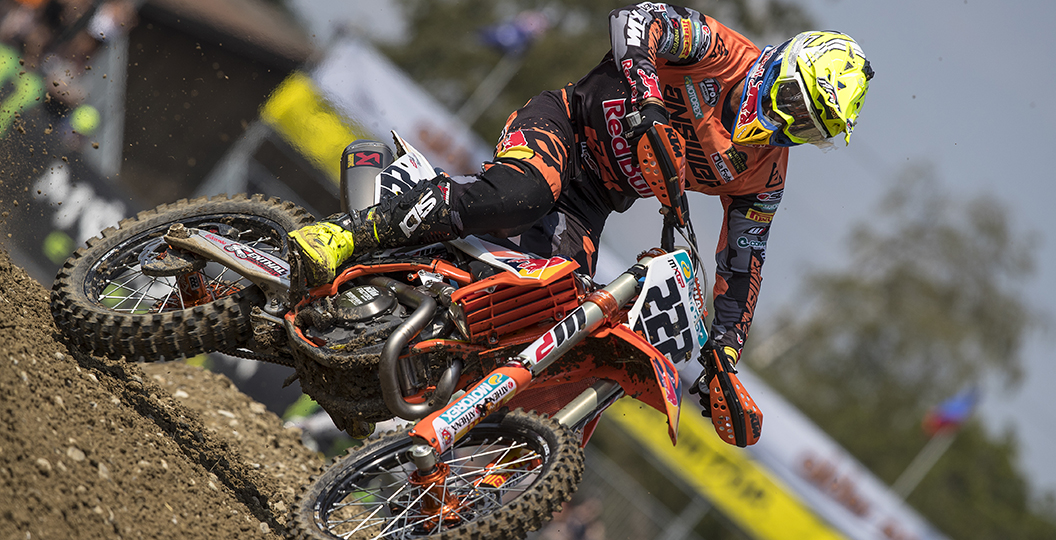 Antonio Cairoli crashed quite hard in the first moto at the Grand Prix of Switzerland, round sixteen of the FIM Motocross World Championship, and twisted his knee. Although he was able to limp to a sixth in the second encounter, he later revealed in an exclusive MX Vice podcast that he feared that he had damaged a ligament. Tests were run today and now, a few hours later, he has shared an update.

“Good news,” Cairoli wrote on his personal account. “Nothing is broken and we will be riding next weekend in Bulgaria. Stretched PCL with fluid between the joint. Some days of rest and we will be ready to race again.” That next event will take place this coming weekend, so the reigning world champion does not have much time to rest. After acquiring twenty-eight points on Swiss soil, he now faces a deficit of fifty-eight points to Jeffrey Herlings in the championship standings. Four rounds remain.