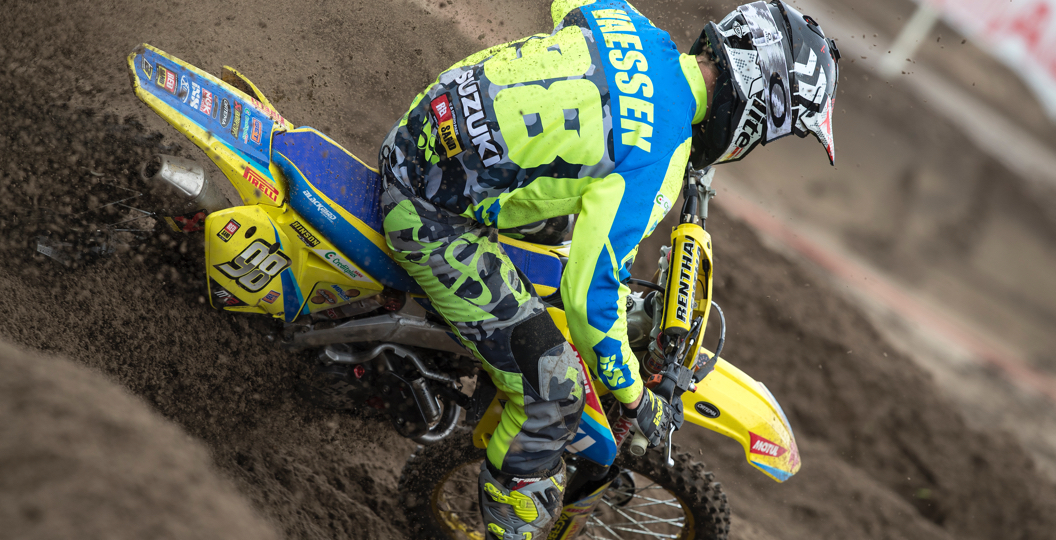 This regular feature has a bit of a feel-good factor. Tommy Searle and Davy Pootjes have been on this list for a majority of the season, but have finally broken free of their respective health issues and will return to racing this weekend. Twelve riders will miss the Grand Prix of Switzerland though.

In for the MXGP of Switzerland.

Tommy Searle: Tommy Searle last sat on a starting line at the Paris-Lille supercross in November. That was two hundred and seventy-three days ago! It is unknown what to expect of Searle, but this is a track that should play to his strengths somewhat. The time off will obviously have an impact of some kind though.

Davy Pootjes: Davy Pootjes has been missing since the Grand Prix of Patagonia-Argentina, where he sustained a shoulder injury. Injuries have played a major part in his career over the last eighteen months and, consequently, the Dutchman will be eager to establish some kind of base over the coming rounds.

Out for the MXGP of Switzerland.

Bas Vaessen: Bas Vaessen has had some horrid luck this season. A black cloud has certainly been following the Suzuki World MX2 rider and, unfortunately, it struck again at Lommel. A collarbone injury was sustained in the first moto that will sideline him for the foreseeable.

Jordi Tixier: When will Jordi Tixier overcome this streak of bad luck? Whilst training for Lommel, Tixier landed on an abandoned machine and broke a rib. It is still too painful for him to even consider racing at this event.

Freek van der Vlist: Freek van der Vlist returned from a broken collarbone at the Belgian Grand Prix, but then sustained a shoulder injury that will sideline him at the next two rounds. There is currently no timeline on his recovery.

Petar Petrov: Petar Petrov will miss the rest of the FIM Motocross World Championship, as he sustained a shoulder injury at Ottobiano. ‘152’ has just been informed that he can begin rehabilitation. Petrov will be forced to enter the MXGP class next year, because of the age-restriction rule, so his time on a 250F is now complete.

Shaun Simpson: Shaun Simpson completed just eighteen laps in his return to racing at the MXGP of Lombardia, but then sustained arm and elbow injuries in the first turn of the qualification heat. Simpson is back on a bike and could potentially return in Sweden next weekend.

Valentin Guillod: Valentin Guillod won a round of the Swiss series seven days prior to Loket, but his hand could not take the toll of riding and more damage was done. ‘92’ will be on the sidelines for an additional two months, as a result of that, but is confident that he’ll return at the final round of the series and then hopes to race the Motocross of Nations.

Vsevolod Brylyakov: Vsevolod Brylyakov has elected to take his time with the paralyzed shoulder muscle that he sustained in The Netherlands. A timeline has not been placed on his recovery, but he had an additional surgery last week. Returning this year is questionable at this point.