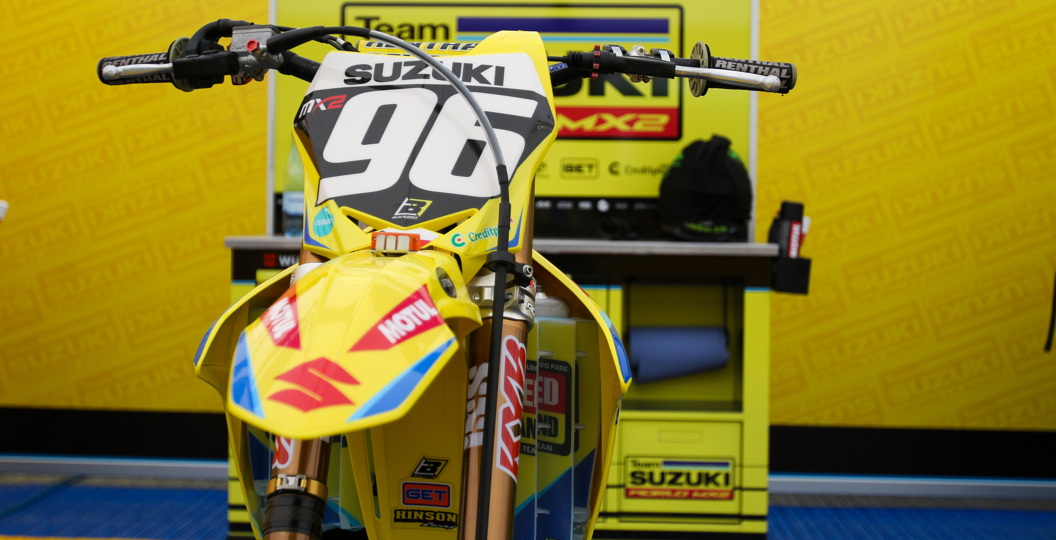 The summer break that the Grand Prix contingent have just overcome has enabled a handful of riders to overcome the health issues that they were battling at the previous rounds. Take a look at who’ll be returning at the MXGP of the Czech Republic in this regular MX Vice feature.

In for the MXGP of Czechia.

Kevin Strijbos: Kevin Strijbos returned at the MXGP of Portugal, but then pulled out of the first encounter on Sunday with a back injury. Although he’ll return this weekend, much to the delight of the Suzuki World MXGP squad, he has only been riding for a week, so the level that he’ll be at remains to be seen.

Darian Sanayei: Darian Sanayei succumbed to the heat at the MXGP of Lombardia and skipped Agueda to allow himself time to recover. The Monster Energy DRT Kawasaki rider will return this weekend, however, at a circuit that he has never ridden at before.

Hunter Lawrence: Everything was clicking for Hunter Lawrence when a fairly small crash left him with two compressed vertebrae. ‘96’ was urged to rest for an additional two weeks after Ottobiano, so only got back on a bike recently, but he kept his fitness up with other forms of training.

Jorge Prado: Jorge Prado withdrew from Agueda, as the exhaustion that he experienced at Ottobiano took its toll. The summer break has worked wonders for the spectacular Spaniard, just as you would expect, and he’ll return to action this weekend. ‘61’ will also be in the MXGP studio on Saturday morning.

Jordi Tixier: Weirdly Monster Energy KRT released a press release following the Portuguese Grand Prix that stated that Jordi Tixier would miss four-to-six weeks. That is the not the case, however, as Tixier has been riding all week and will be on the starting line this weekend. Don’t always trust the teams!

Calvin Vlaanderen:  Calvin Vlaanderen claimed his first podium finish at the Grand Prix of Latvia, but then broke his thumb just days later. That event seems like an eternity ago now, as it took place at the beginning of May, but ‘10’ will finally return to racing this weekend!

Out of the MXGP of Czechia.

Freek van der Vlist: Freek van der Vlist sustained a broken collarbone at the Zwarte Cross last weekend, so will be out for the foreseeable future. There is a chance that he could return at one of the next two rounds, of course, but he’ll be in a race against time in order to achieve that.

Petar Petrov: Petar Petrov is expected to miss the rest of the FIM Motocross World Championship, as he sustained a shoulder injury in his return at Ottobiano. Petrov will be forced to enter the MXGP class next year, because of the age-restriction rule, so his time on a 250F is now complete.

Shaun Simpson: Shaun Simpson completed just eighteen laps in his return to racing at the MXGP of Lombardia, but then sustained arm and elbow injuries in the first turn of the qualification heat. Returning at Assen in September now seems like a realistic goal.

Valentin Guillod: Valentin Guillod was expected to return to racing this weekend and even won a round of the Swiss series seven days ago! His hand could not take the toll of riding, however, and more damage was done, so he’ll be on the sidelines for an additional two months. ‘92’ is confident that he’ll return at the final round of the series and then hopes to race the Motocross of Nations.

Samuele Bernardini: A torn knee ligament has ruled Samuele Bernardini out of the last two GPs, but he was expected to return at Loket. The Italian is still not back, however, and it seems rather foolish to expect him to return at the Belgian round in two weeks. Anton Gole has been drafted in as his replacement on TM Factory Racing.

Vsevolod Brylyakov: Vsevolod Brylyakov has elected to take his time with the paralyzed shoulder muscle that he sustained in The Netherlands. A timeline has not been placed on his recovery, but he still has quite a way to go before he can begin riding again. Returning this year has to be questionable at this point.

Tommy Searle: Tommy Searle was eager to return to racing at the Grand Prix of Lombardia, but a hand injury has forced him to delay his comeback yet again. Searle explained in our exclusive interview that returning at this event was possible, but alas he’ll have to wait for either Lommel or Frauenfeld-Gachnang.

Jaap Corneth: Jaap Corneth was supposed to return from a fractured middle finger at the MXGP of Lombardia, but told us that he would not be racing anytime soon. Corneth is on the pre-entry list this weekend, which isn’t always accurate, so it remains to be seen if he’ll be on the line.

Jake Nicholls: After such a consistent run to start the season, Jake Nicholls was dealt some poor luck at the Grand Prix of Trentino. ‘45’ dislocated his hip without even crashing, believe it or not, and has consequently retired from Grand Prix racing. The British rider announced that earlier this week.

Davy Pootjes: “Feels like the man above us is just testing me,” said Davy Pootjes following his latest setback at the Grand Prix of Patagonia-Argentina. The HSF Logistics KTM rider is back on a bike and very close to a return.