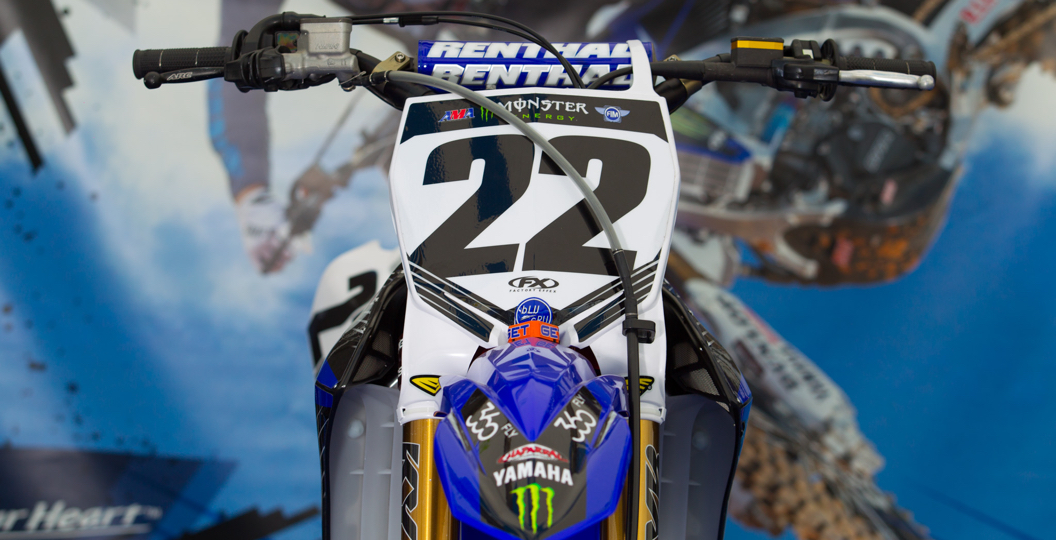 A feature that just continues to grow as the season progresses, there are now twenty-two riders who are expected to race this weekend’s GP of Americas but won’t be. Not all of these cases are injuries though, as other issues have prevented some MXGP regulars from making the trip.

Out of the GP of Americas

Chad Reed: Although Chad Reed was initially down to race the two America MXGP rounds, his focus is on supercross currently so he’ll just be attending as a spectator. He’ll be one of many high-profile bystanders.

Joey Savatgy: It was quite clear towards the end of the Lucas Oil Pro Motocross season that Joey Savatgy was dealing with some personal issues and those will sideline him this weekend.

Petar Petrov: Petar Petrov elected to end his season early, in order to repair a shoulder injury that has been lingering for quite some time. Although his ranking for this year will suffer, he’ll be at his best by the start of 2017.

Ken De Dycker: This latest tidbit sums up the season that 24MX Lucas Oil Honda have had. Ken De Dycker crashed hard midweek and damaged his knee, so has had scans. The results will confirm just how serious the situation is.

Christophe Charlier: Christophe Charlier was originally going to return from a groin injury that he sustained in Switzerland in Assen, but no further updates have been provided. He isn’t racing here either, which may mean we have seen the last of him on a Rockstar Energy Husqvarna.

Milko Potisek: Milko Potisek has been missing since Loket, as a crash at an international race left him banged up. He recently had his ACL repaired too, so he’s done for the year.

Adam Sterry: Like a handful of other riders in the paddock, Adam Sterry didn’t make the trip to the USA as it wasn’t deemed necessary when his current ranking was taken into consideration. There are no injuries to report there.

Roberts Justs: It was never actually in the plans for Roberts Justs to race the overseas event so, obviously, you won’t see him this weekend. He has raced a handful of flyaway events this year, but those were due to injuries that his teammates suffered.

Damon Graulus: Damon Graulus has been picking up momentum in recent weeks, but the 24MX Lucas Oil Honda team haven’t made the trip to America. That, obviously, means ’71’ won’t be behind the gate.

Dylan Ferrandis: A broken arm that was sustained at the GP of Switzerland has ended Dylan Ferrandis’ season and, actually, this chapter of his career.

Pauls Jonass: The whole process of recovering from a concussion sustained at Loket was much more complicated than Pauls Jonass originally expected, as he’s now out for the year.

Davy Pootjes: What has been a turbulent campaign for Davy Pootjes continues, as he has had surgery to deal with the inflammation in his wrist. That marks the end of his season, so the focus turns to 2017.

Aleksandr Tonkov: A back injury continues to sideline Aleksandr Tonkov, but for whatever reason updates have been infrequent. It remains to be seen when he’ll return, but he’s supposed to represent Russia at the MXoN.

Jorge Zaragoza: Although it initially looked like Jorge Zaragoza could have returned from the dislocated shoulder that he sustained in Loket as early as in Switzerland, the injury effectively ended his MXGP season. He’s supposed to be back for the MXoN though!

Matiss Karro: Oh, Matiss Karro! His return to MXGP ended prematurely, after he sustained yet another knee injury in the summer break. There is no way he’ll be back by the end of this season and, at this point, it remains to be seen whether he’ll be in MXGP at all next year. Can you really believe that he has not scored a single point this season?

David Herbreteau: There is no specific timeline on how long it’ll take David Herbreteau to recover from the ankle injury that he sustained in Spain, seeing as he still isn’t back on a bike. Considering he does not do the flyaway events anyway, his season’s over.

Alfie Smith: Alfie Smith was last seen at the GP of Latvia, but pulled out as his shoulder was too painful. He will not return for any of the remaining MXGP rounds, but may appear in some domestic events later in the year.

Julien Lieber: Julien Lieber has dropped off of the map completely, as he continues to recover from the hip injuries that hindered him in 2015. There is no specific return date, but expect to see him back on track next year.

Ben Watson: Ben Watson is still quite far from one-hundred percent, as he has not yet got back on a bike. His focus will now turn to the 2017 season.