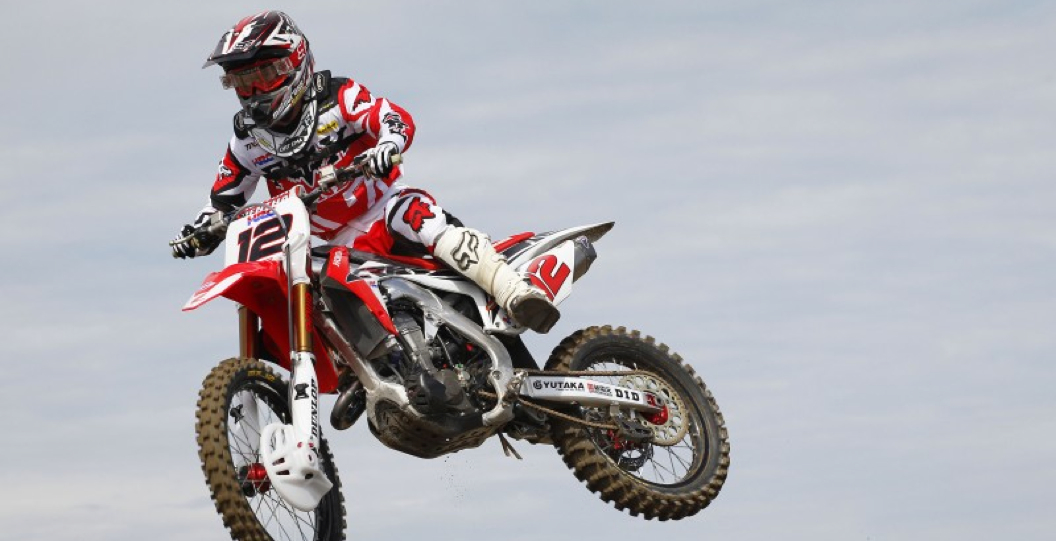 The Czech Republic plays host to round 14 of the MXGP series on 26-27 July, which is held once again at the Loket track in the west of the country, near the German border.

The championship heads into the final furlong as Loket represents the start of the first of two back-to-back races that round out the season – from Czech Republic to Belgium followed by Goiania to Mexico, albeit after the summer break in the wake of the cancellation of the Ukrainian round.

Last year Evgeny Bobryshev took third overall in the MXGP of the Czech Republic for Honda with fifth and third place finishes respectively in the two races, though unfortunately Max was sidelined with the Epstein-Barr virus. This year the fortunes are reversed as Bobby sits it out whilst in convalesce whilst Max continues to build upon his momentum of strong results since returning in Germany last month.

Loket has been a mainstay of motocross in the region, tracing its roots back to October 1972. Since then, the hard-pack track has undergone many modifications and alterations but the result is a fantastic venue that the MXGP paddock enjoys racing at.

The race engenders a fantastic atmosphere with a well organised schedule of musical acts performing live on both Friday and Saturday and partying into the night.

Max Nagl: “The track was changed last year but I didn’t ride it then so it’s something new for me this time. It’s a track I like though as it’s still old school. It’s very slippery but the ground is very special – it’s the only track on the MXGP calendar where you need to have some tyre management during the race which is quite cool. You try to have not too much wheel spin else you have no grip for the last ten minutes so I like this. After Finland I was a bit disappointed with my physical condition in the race so I worked hard the week after on training and I’m feeling good. I raced in Genk on Monday, and now I’m already not so far from Loket training, so we’re working hard to make it to the podium on Sunday.”

Roger Harvey (HRC General Manager): “The terrain of Loket is similar to Sweden insofar as there’s a lot of grit and small rocks in the ground. It’s a pretty fast track, and can be technical in places, and Max generally is quite reasonable round there. We saw in Finland that after his injury Max’s condition isn’t quite as it should be but that’s because he’s not been riding. Loket though is not quite so demanding and physical as Finland, so that should help. The track normally produces good racing there as it’s more open for overtaking, but it’s the same old story – you need starts and if you don’t get the starts it’s hard to in amongst it at the front. We’ve done a lot of work on the starts this season, including again last week with Max, but we can see from last time out in Finland that this is clearly paying off.”