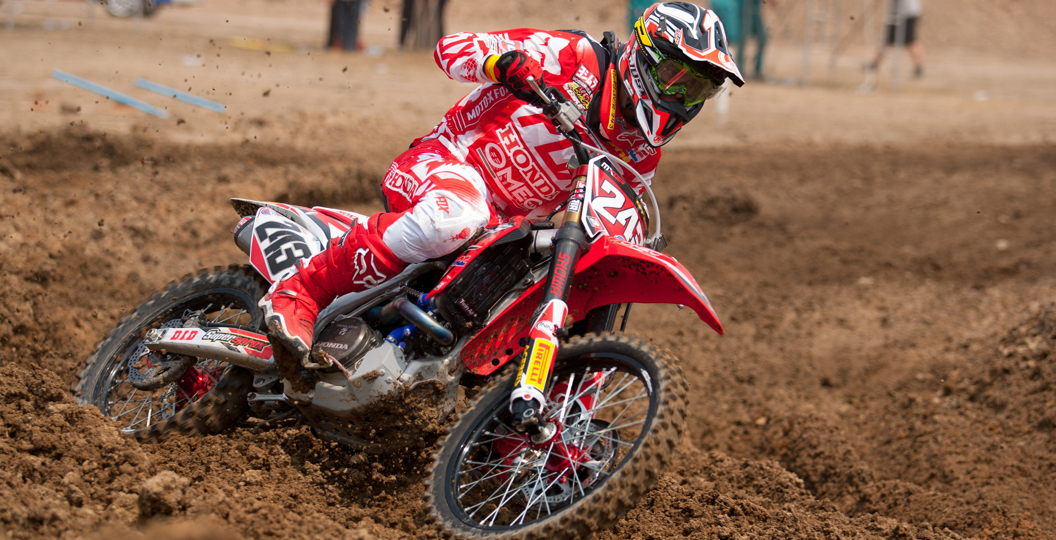 In a change to team structure, Bobryshev will move under the awning of the team that in 2016 was called Honda Gariboldi Racing. From 2017, the World Championship-winning Italian squad will be renamed Team HRC, and will be responsible for the works programme for the 450cc machines ridden by Gajser and Bobryshev.

This latest iteration of the Honda CRF is already a race winner, both at the hands of Gajser at the season-closing SMX Riders’ and Manufacturers’ Cup in Germany and in the USA with new signing Ken Roczen at the all-star Monster Energy Cup. In both instances, it was in each rider’s first race on the new machine, too.

The 2017 FIM Motocross World Championship gets underway with the MXGP of Qatar, Losail, the season’s only night race, on 25 February.