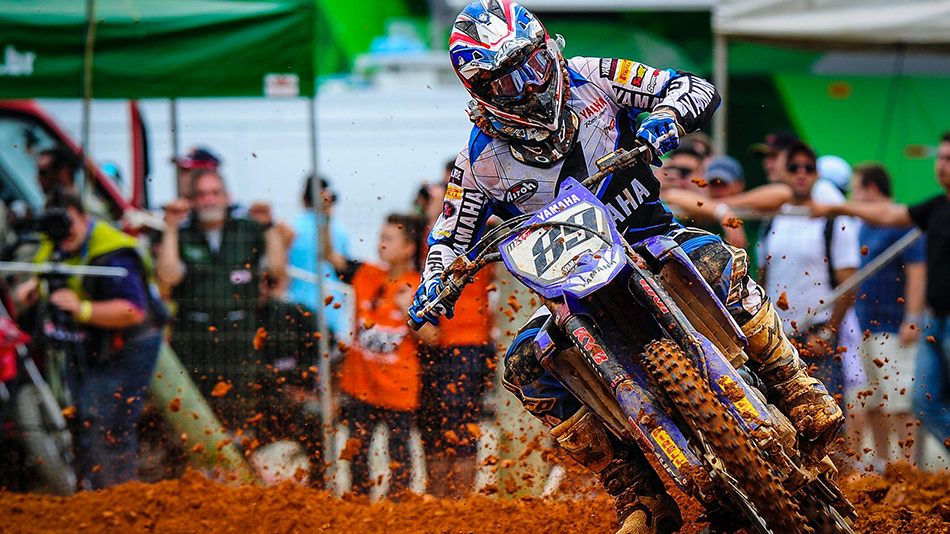 Hot and Cold: GP of Brazil

The scenic circuit of Beto Carrero in Brazil played host to the FIM Motocross World Championship for the third successive year this past weekend. With all kinds of crazy stuff trackside, it is certainly a round that attracts the attention of most fans around the world. With the MX2 class wide open, and the weather changing constantly, it was an exhilarating third round.

Antonio Cairoli: Once again, Antonio Cairoli made a big statement on Sunday, as he proved that no one can touch him, even if he starts at the lower end of the top ten. Beto Carrero was quite tough to pass on, strangely, but despite this, he still moved through the field with ease. Really, what more can you say about the Sicilian? Interestingly, it seemed like Antonio was chucking the bike around a little more than usual, which may be a testament to how comfortable he really is. He now has a thirty point lead (!) after just three rounds, which is astonishing, especially when you consider that he came into the season with an ankle injury (one that he aggravated again this past weekend).

Jeremy van Horebeek: Jeremy van Horebeek has made huge strides forward since jumping on a factory Yamaha, as he has become a consistent threat in that second group that is chasing Cairoli. For a second, I thought that Jeremy was going to win the opening moto, as he seemed cool, calm and collected out front. Eventually, the reigning champ swallowed him up, but it was a great ride nonetheless. It is great to see Yamaha have a presence at the front of the field, too – it has been quite a while since the blue machine has been battling for wins. It is going to be most interesting to see if van Horebeek can keep this up moving forward; he certainly does not seem fazed.

Arnaud Tonus: With Jeffrey Herlings on the sidelines, the door was open for someone to claim the first GP win of their career. Arnaud Tonus was the man that got the job done, and I don’t think that anyone can take the win away from him. If anything he should have done it a lot sooner! The skill-set that the Swiss rider possesses is amazing – he is so smooth on a bike, which is certainly an advantage on a rough and rutted track like Beto Carrero. I was very surprised by just how much better he was than the rest of the field in moto one, as he has not really established himself as the next best guy behind the reigning champ, yet.

The CLS Kawasaki rider now has the red plate heading into GP of Trentino, so it will be intriguing to see how Tonus copes with the pressure that it brings. His gap is just two points, so it could all change in a blink of an eye. However, the man to watch could be Herlings back in fourth, as he is just fifteen points down (astonishingly). So, he could quite easily retake the series lead in just under two weeks time.

Glenn Coldenhoff: I feel like Glenn Coldenhoff is extremely underrated, most of the time; he is a consistent podium threat each week, and may be the second best guy in the class. In Brazil this past weekend, Glenn actually took the first moto win of his career. Although he has won a GP in the past, he had not won a moto before Sunday, so he is seemingly improving still. Although I was slightly skeptical when he jumped on the Suzuki (the bike was not competitive last year), he has been very strong thus far this year. The Dutchman sits second in the series, just two points behind Tonus; I would be willing to bet that Glenn will have the series lead following round four.

Jordi Tixier: Well, 2014 is quickly turning into a disaster for Jordi Tixier! It is no secret that the class has gotten faster this year, but it seems Jordi has not progressed as much, which has hurt him. Of course, the Frenchman has also had his fair share of bad luck, as he crashed in turn one in race two. In most other races so far this year, Jordi has had bad starts, which obviously puts him in a position where it is more likely that he will fall or get held up. However, on a factory KTM, he should not have a problem getting out of the gate, so maybe he is putting too much pressure on himself? In Brazil, he had two twelfths, so he really needs to step it up as soon as possible.

Alessandro Lupino: Like Tixier, Alessandro Lupino has had a disastrous start to the new season. Overall, he has had just three top ten moto finishes; he should be in the top five each week, honestly. At Beto Carrero, he had a bike issue in moto one, which obviously hindered him in the overall classification. In the second race, the Italian had an eighth, which is better, and a step in the right direction. But, it must be tough on Lupino to be struggling in the lower half of the top ten whilst his teammates are winning races and fighting for podiums.

Tanel Leok: Unfortunately, Tanel Leok is still struggling with a leg issue from the beginning of the season, hence why he has only just made it into the points at each round. I presumed that the Estonian would have improved slightly in the two week break, but he had his worst GP of the year at Beto Carrero. I’m sure that Leok was slightly cautious in the deep ruts, but that would mean that his injury is still quite serious, which is worrying. The MXGP series will take another weekend off before round four, so this should give Leok another opportunity to gain some more strength.

Steven Frossard: Following round one, we all presumed that Steven Frossard was back to where he used to be, and would be a podium contender for the remainder of the year. However, he has slipped back a bit, and has started to crash a little too much, which was the main problem in his Yamaha days. At the two most recent rounds, his strongest moto finish has been a ninth; more is expected of him, obviously. At least the speed is still there, so the results should come eventually.