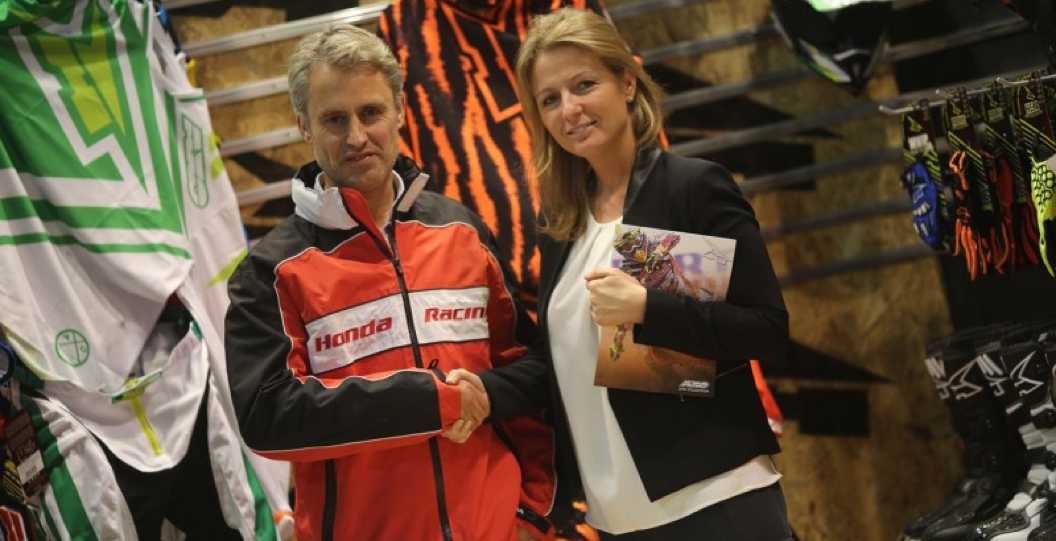 For the 2016 season, the Honda 150 European Championship has signed another new partnership agreement, this time with motorcycle apparel manufacturer and distributor AXO International.

The deal sees AXO become the official riding wear partner, and as part of the championship package each of the 30 selected riders will be supplied with the AXO official Honda 150 European Championship gear set, which includes three sets of custom AXO riding gear (pants, jersey and gloves) and one set of AXO boots to use throughout the 2016 season.

Established in 1978 AXO’s initial focus was off-road, before diversifying to manufacture apparel for any motorcycle discipline. With several World Champions on its books AXO is well placed to pass on its products and knowledge to the potential motocross stars of the future.

The Honda 150 European Championship, now in its fourth year, aims to develop youth talent in motocross. Running as a support series to MXGP, the championship provides identical CRF150Rs for 11-14 year olds and nurtures them in riding style, bike setup, mentality, nutrition and fitness.

The pre-season training camp held in Albaida, Spain will run on April 23rd and 24th in conjunction with FIM Europe, where the remaining places for the 2016 season will be decided and the young promises will get to test their new AXO kit.

Davy Dousselaere (Honda Motor Europe Off-Road Manager): “I am very pleased to welcome to the championship AXO. This year, in association with AXO, we will be providing the riders with official custom Honda 150 European Championship team riding gear, which really shows the professionalism that this championship offers.”

Valentina Zago (AXO International – Managing Director): “AXO is very proud to become a part of this program that helps young talented riders approach the professional racing environment. Honda 150 European Championship is a great opportunity to introduce young riders to AXO’s racing product quality and full range. We look forward to a successful 2016 season and trust this is the beginning of a long relationship between Honda and AXO.”