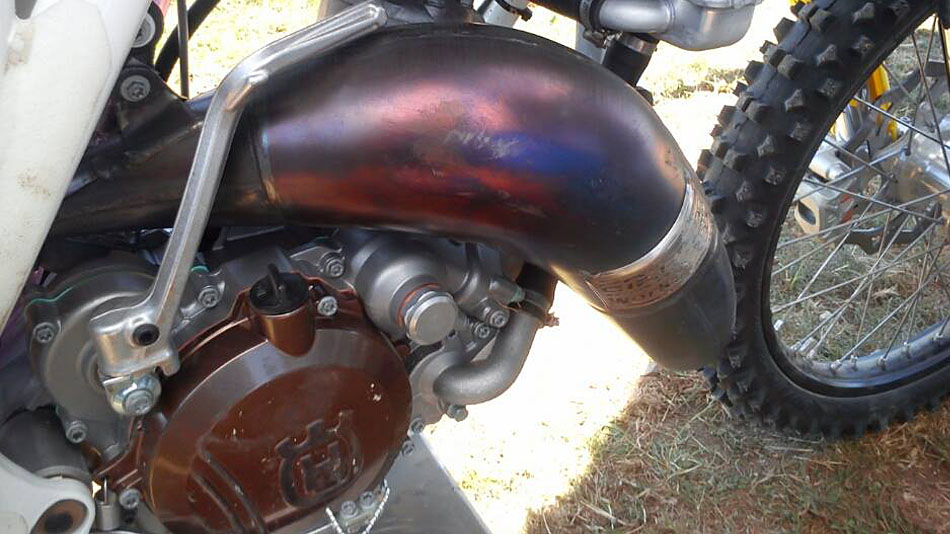 Lewis PhillipsFebruary 7, 20140
Rob Holyoake (the 2013 Red Bull Pro Nationals Junior 125c champion) is over in New Zealand at the moment with the very fast Kayne Lamont. Rob sent us over this blog on his adventures, and what it is like to ride on the other side of the world!February 7th: Sorry I haven’t done a blog for ages, the WiFi isn’t the best and I’ve been flat out! The past week we’ve had a killer training plan to go through, it’s been hard work but I’m sure it will pay off! Woodville was pretty mediocre for me, I had three eighth place finishes, which wasn’t too bad. However, we’ve got a good setup with suspension now, and I’m feeling much stronger, so results will come this weekend.

It’s round one of the NZ series this weekend, so this is when results start to count. Kayne’s been playing golf quite a bit lately, which has meant me being a caddy/cart driver. For anyone that knows me, I haven’t driven much other than a golf cart before. It was good though and there were some good jumps! We’re at the motel now and we are racing tomorrow, so we are getting the bikes ready!

January 29th: The past couple of days have been pretty tough. Woodville didn’t go completely to plan. However, I am glad that I’m finding these problems now, instead of at the first round of the nationals. I had 7th overall in the end, which wasn’t terrible; the competition is good out here, which is what I expected. I struggled big time with my wrist, there was no pain, it was just extremely weak. We have a two weak gap in the racing, so me and Kayne [Lamont] will both be working hard! I am also getting a complete overhaul of my suspension here, as it was basically stock, so that should be a massive help with the endurance of my wrist and how the bike handles. We spent all of yesterday morning with Kayne’s trainer, Mike, and we’ve got a good plan for the next couple of weeks. The results will come very soon!

January 23rd: The first couple of days out here have been an experience – that’s for sure! The first day I was here we all went to the luge, which is basically  a sort of ski resort set up with concrete tracks from the top to the bottom of this mountain. The luge is like a snow sledge, but with wheels and handlebars. It was pretty much guaranteed carnage from the word go! On the first run Kayne managed to run his brother Jamie off the track and up the barriers. These sort of antics went on all day, and I think we all had some gravel rash! I managed to get seriously sunburnt aswell, so basically everyone I meet now takes the piss out of my t-shirt tan. I have to say, it is a pretty magnificent t-shirt tan to say the least.

I’m still in awe of the countryside out here, nearly every field you could make a GP level track in! They’ve only got one motorway, which is pretty strange for me, apart from that they are all country roads. We seem to have a resident hedgehog aswell, I’ll try and get some pictures for you. He is pretty badass though! Yesterday we did our first day testing, which went pretty well. It was my first ride back since I broke my wrist, it felt a bit weak, but I think another week and it will be back to normal.

The track is pretty cool – there are quite a few uphills, downhills,  step ups and step downs. The dirt is really strange, when it gets dry there’s like a 6 inch layer of dust on the top, which feels pretty similar to dry woodchip. It is seriously rough though, because they don’t grade it very often, so it was a good test of my wrist. That’s pretty much it from the past couple of days, we’re out testing again tomorrow so I’ll let you know how it goes. Cheers, Rob.