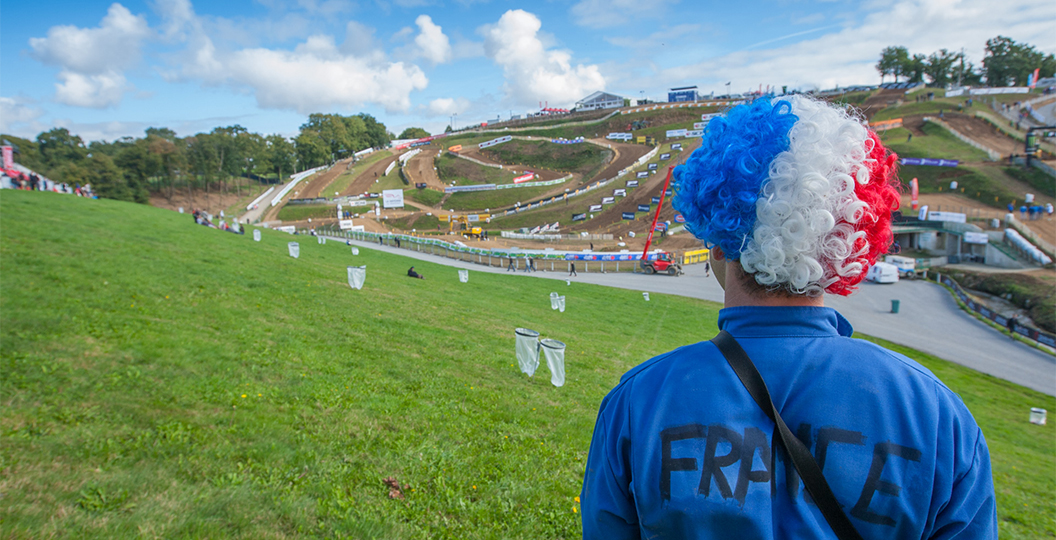 The first day of the 2015 Motocross of Nations, held at the iconic track of Ernée, is in the books as the riders and teams have set-up, dealt with the various requirements (press conferences, among other things) and just have the racing to focus on now.

The circuit has undergone a handful of changes for this race, but follows the same basic layout. In some places the straights are a little longer and in others they have been shortened. Woodchip has been mixed in with the dirt in places too, which should create more lines and open up the track a little more. A handful of riders commented on these factors, stating that the track is much improved compared to when it last hosted a GP (2013) and should make for better racing.

Of course that is exactly what you want to hear, as the last thing you want at the biggest event of the year are three ‘follow the leader’ races. Starts will still be crucial here and the straight is quite long, which could put the 250F riders at even more of a disadvantage. When you factor in the long hills and slick turns, it could be a case of damage limitation for everyone in MX2. The elite won’t struggle as much, but those who are mid-pack are in for a dog fight.

There are various storylines to follow in the paddock, with some riders being drafted in as the replacement for their nation at the last minute. Luke Styke, for instance, will be replacing Jay Wilson for Australia. Puerto Rico’s Michael Leib (yes he is American, but you know how this works) has made the switch from Yamaha to a Kawasaki (supplied by the Monster Energy DRT squad) for this race only. He has just a handful of laps on the thing and hasn’t raced since January, so tomorrow will be a big adjustment for him.

The paddock holds the usual buzz, with various companies like Fox, Alpinestars and Oakley (to name a few) holding a big presence. There was even a good crowd turnout at midday today and the queue entering the circuit as we left tonight was easily a mile long; expect the place to be rammed all weekend!

Tomorrow morning there will be the ballot to determine gate pick for the qualifying races, which is always a tense and intriguing affair – it can really shape a nation’s weekend. You’ll find the results from that right here on MX Vice, and then free practice will begin at 10:00am local time.