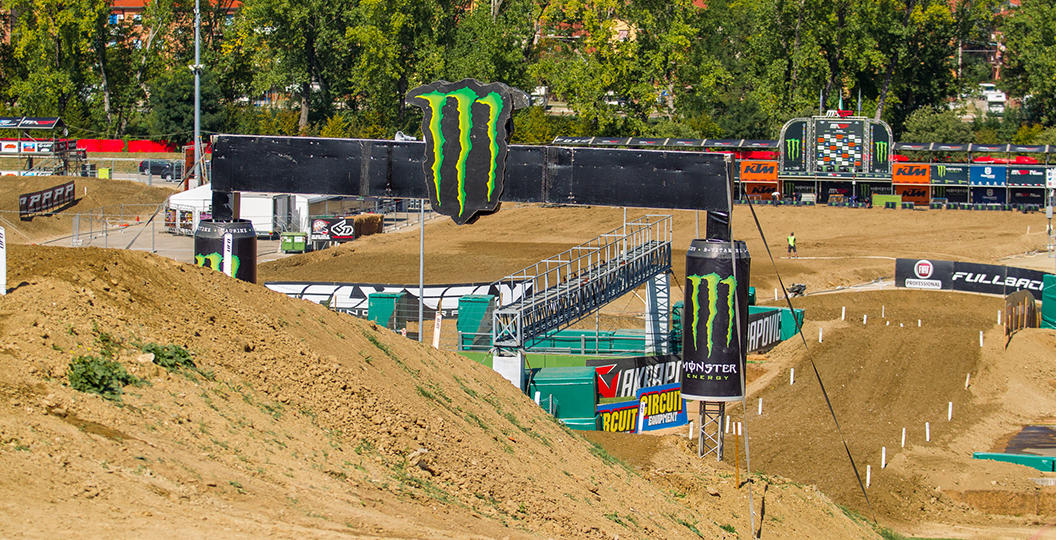 IMOLA (Italy) 28 September 2018 – Today in Imola at the MXGP of Italy, Youthstream and Monster Energy proudly hosted the announcement of their freshly-renewed partnership.

The press gathering saw Youthstream President Giuseppe Luongo and Monster Energy’s Senior Director of Motorsport David Gowland highlight the key elements of the extended partnership between the MXGP series and its most prominent sponsor.

The extension of its involvement with MXGP provides Monster Energy with the current trackside branding in various key locations, also including the successful starting gate and start-straight signage implemented in 2018.

This new multi-year contract renewal is the best statement for a solidly established partnership. Both Youthstream and Monster Energy have a deep passion for motocross racing and have the shared vision of promoting the sport, and MXGP in particular, around the world.

Giuseppe Luongo (Youthstream President): “The work done together with Monster Energy to develop MXGP and motocross in general since 2011 has been tremendous and we are delighted to renew our collaboration together so that this work can continue.  Since the beginning of our partnership the FIM Motocross World Championship and the FIM-E Motocross European Championship have made mighty steps forward and we would like to thank Monster Energy for all they do for our sport and for pursuing this adventure together into the future.”

David Gowland (Senior Director of Motorsport at Monster Energy): “Monster Energy is very happy with the announcement of a five-year extension of our sponsorship with Youthstream. Being a part of a world-class series like MXGP is something we at Monster Energy are very honoured and proud of. Monster Energy’s core DNA is motorsports and over the years we have grown our partnership with the series to great success. Both parties have worked very well together understanding the sport and sharing the massive passion for world-class motocross racing which is in our genes. Monster Energy looks forward to the next five years as it did to all the years since we started this project together in 2011. I’d like to express my gratitude to everyone who has played a part in all of our current and future successes.”