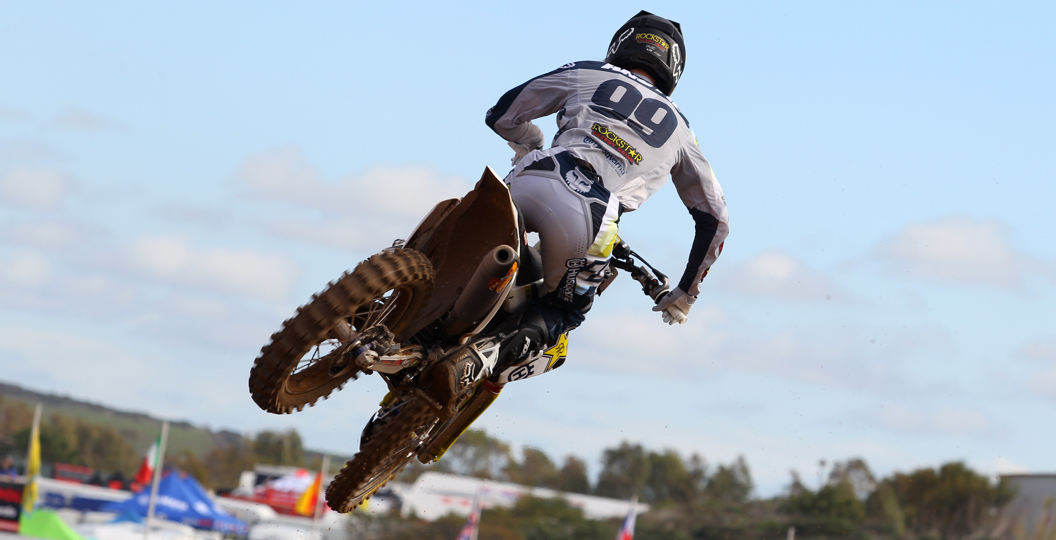 It is safe to assume that every single fan on the island of Sardinia was there to witness Antonio Cairoli square off against Jeffrey Herlings for the first time this year. The battle, which has been a mouth-watering prospect for much of the off-season, never materialised though and there are still more questions than answers. What happened? Herlings got squeezed out entering the first turn and went over the bars before being struck by oncoming riders. It was a hard hit, but thankfully no significant injuries were sustained. Can you imagine what it would have been like had he ruined his season again?

One must wonder how long it will be until these Grand Prix teams shun the pre-season internationals in an effort to stay healthy. It is a game of risk versus reward and for most there is a lot to be gained in the month of February. Some high-profile names, however, do not even make it to March. It seems as though Herlings would have contested the second moto had he been eligible, but the top twenty were the only riders who qualified for the Superfinal. The promoters deserve respect for not making exceptions, but would you not push the limits a little to get such a prominent star on the starting line?

With Jeffrey Herlings sidelined and Tim Gajser opting out of the event, despite the fact that Team HRC were in attendance with Calvin Vlaanderen, it seemed as though Antonio Cairoli was going to have a fairly easy run at the head of the field. Max Anstie stepped up to the plate though and reminded everyone just how good he was towards the end of last year. It was always going to be intriguing to see where he fit in, as the sky is seemingly the limit, and it is fair to say that he had the rest of the field handled fairly easily. The Rockstar Energy Husqvarna Factory Racing rider is the ultimate wildcard in the premier division.

The second encounter at Riola Sardo was particularly gripping, as Max Anstie ran Antonio Cairoli down and then held the lead for a portion of the moto. Anstie led on laps seven and eighth, to be precise, and the table below makes it quite clear that Cairoli was working through a rough patch at that point. What caused such a dramatic drop? Claudio De Carli said that he believed that Cairoli did that in order to learn some lines and see what other riders were doing. It is not a ludicrous claim, as many champions have adopted a similar strategy in the past, but there are questions to be asked there.

Antonio Cairoli did not exactly shadow Max Anstie whilst he sat in second and almost let Romain Febvre slip by, which would have made it much harder for him to charge forward. It was not like he had the thing under control for those two laps. Perhaps he learnt some things through that brief period and opted to take a strategic approach once Anstie slipped through? However, once again, it is rather unlikely that he chose to tackle the race in that manner whilst out front. It is also worth noting that Cairoli only managed such a blistering pace on laps nine and ten, as his times increased by two or three seconds on the remaining laps.

There is no denying the fact that Antonio Cairoli and Max Anstie stole the show in the premier division, although there were some impressive rides throughout the field. Romain Febvre ended the day with a third, which is respectable and significantly better than a year ago, but he has not yet diminished any doubts. It seems that the potential is there for him to do that though. Will he return to the level that he was at two years ago? It is still a long way off at this stage and just winning a Grand Prix must be the immediate goal. Febvre has two more opportunities to go up against Cairoli and prove himself before the tedious journey to Argentina begins.

The MX2 class did not get much attention in the days prior to the Italian event, for whatever reason, but the 250F riders were still responsible for the most exciting race of the day. The start that Hunter Lawrence had in that first moto was initially a concern, as it was similar to how he limped out of the gate at each round last year, but it seems that he is not on his full race bike just yet. There is not much data to go off of at the moment. Starts will be something to focus on when the new season begins, however, as Pauls Jonass is just brilliant in that area.

The battle that Hunter Lawrence and Pauls Jonass had in the first moto was actually remarkably similar to what went on between Antonio Cairoli and Max Anstie. Jonass was all over Lawrence just after the halfway mark and it seemed that a titanic battle was about to ensue, but then he just dropped off. The lap times below paint a vivid picture.

It is very possible that Pauls Jonass elected to just back it down and bring it home, as he had some sketchy moments. There was that crash early on in the race, which was not too bad, but then he almost had a spectacular fall whilst pushing through the field. It was intriguing to see, as he really learnt to ride within his limits last year and it seemed that mistakes such as that were firmly in the past. It was the first race of the season, so one cannot read too much into it, but his competitors can draw motivation from those chinks in his armour.

Calvin Vlaanderen was obviously extremely impressive in his Team HRC debut, so could certainly surprise in the not-so-distant future. Other than that, however, the rest of the riders slotted in right where they belong. Ben Watson was up front early and ran a competitive pace, before withdrawing with a clutch issue. The only reason that he did not line up for the final moto was because he did not qualify, much like Jeffrey Herlings. There is nothing to worry about there. 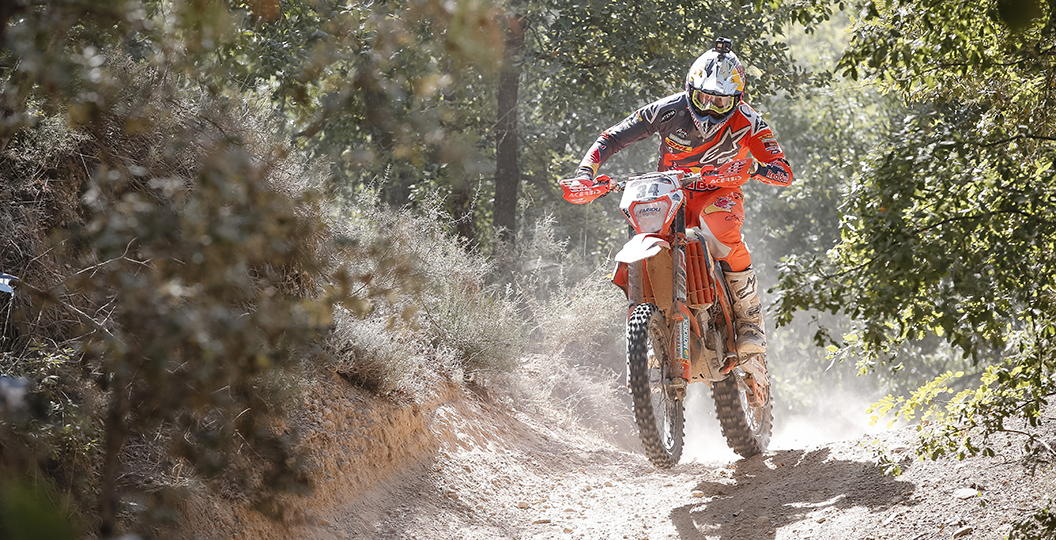 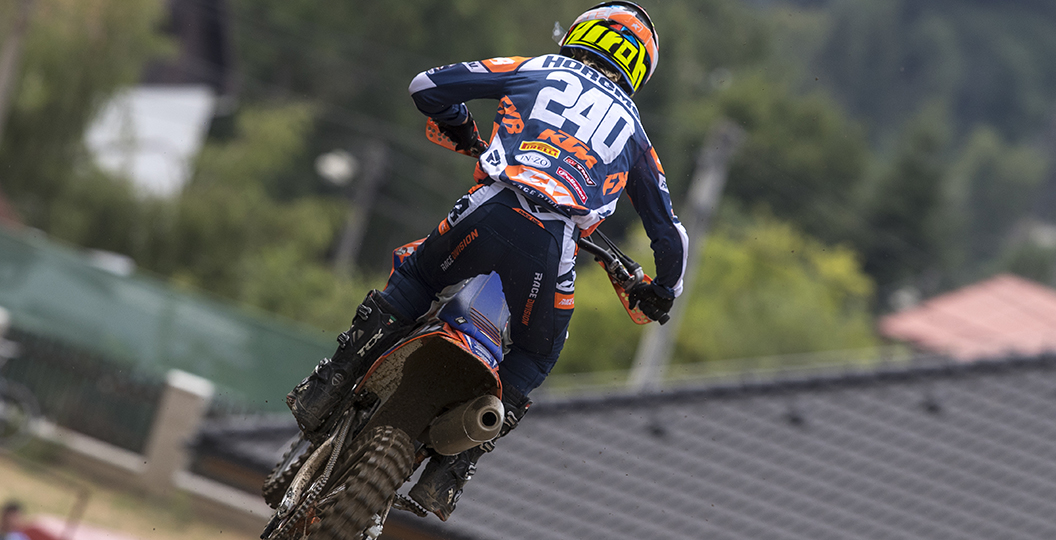 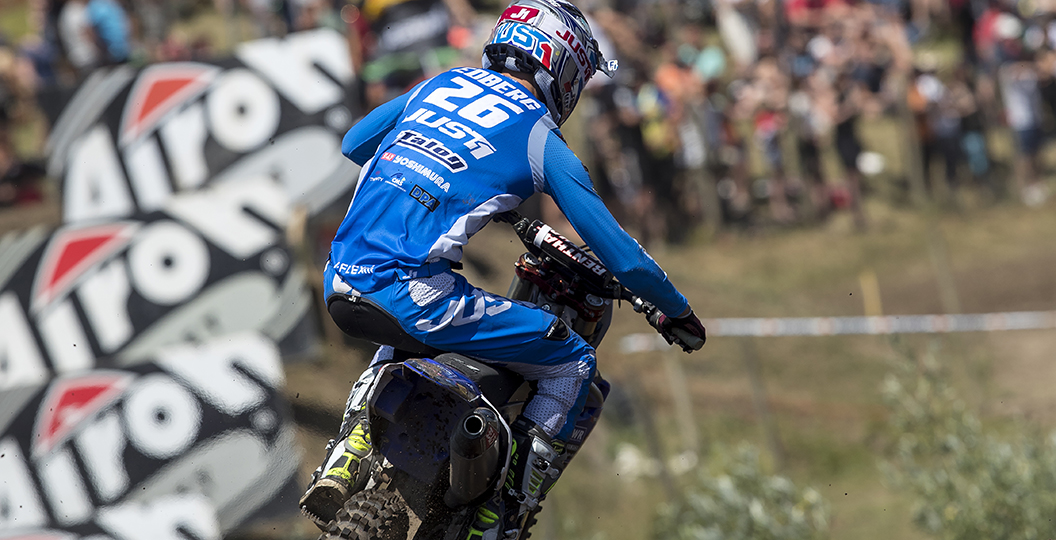 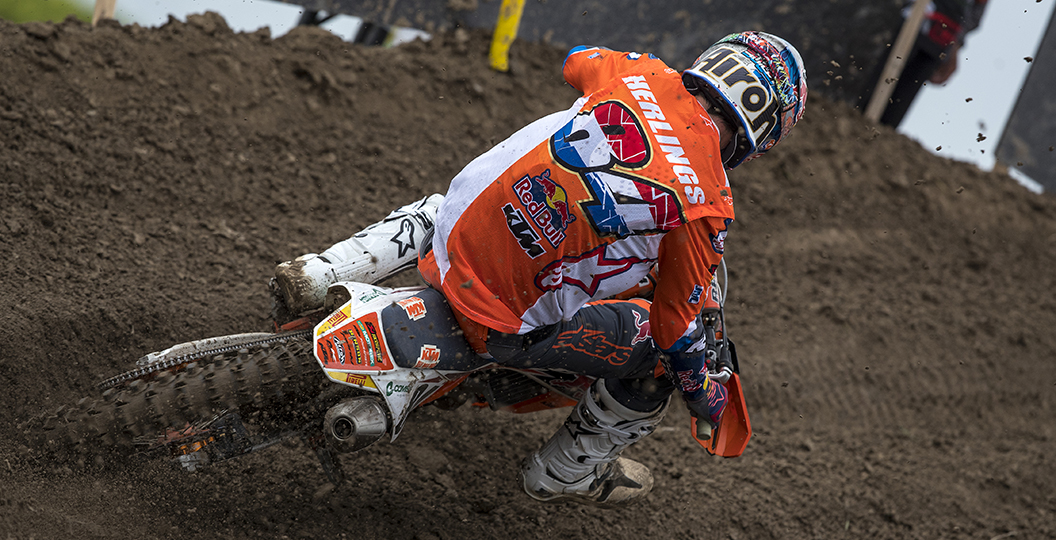