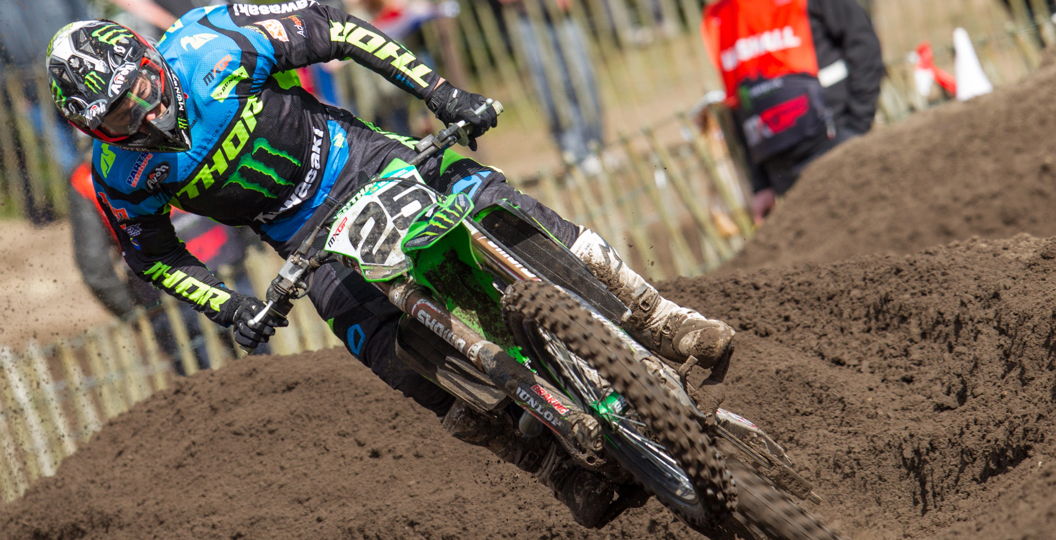 One would argue that it is too early to discuss the contracts that will be expiring in a couple of months. However, it is a topic that creates a considerable amount of interest no matter the time of year. Discussions regarding contracts for next season are undoubtedly going on within each truck – the fact that both Eli Tomac and Marvin Musquin have already signed new deals in the United States serves as proof of that. Who will be looking to make an impression in MXGP, in an attempt to secure a lucrative deal in the off-season?

Tim Gajser, Antonio Cairoli and Gautier Paulin currently occupy the top three spots in the premier class. All three are in the midst of multi-year deals, so have no need to shop around in the coming months. There is always the threat of Gajser going to the USA, of course, but that decision has not yet been made. Jeremy Van Horebeek, the man who currently runs fourth in the MXGP division, is no stranger to searching for a new contract. ‘89’ was in this position just twelve months ago and almost joined Suzuki World MXGP, but eventually settled for a one-year deal with Monster Energy Yamaha Factory Racing.

The Monster Energy Kawasaki Racing Team will be most interesting to keep an eye on as silly season unfolds. Clement Desalle and Jordi Tixier signed two-year deals that’ll expire at the end of this season, so there could be some drastic changes beneath that awning. One would have presumed that Desalle would be moving onto the pastures new, after struggling to adapt to the KX450F-SR last year, but he has seemingly reached a happy place now. Tixier has been plagued by injuries since he made the move to the big bike, so perhaps he will feel pressure to perform as the season progresses?

Another high-profile rider, Max Nagl, committed to a one-year deal with Rockstar Energy Husqvarna Factory Racing prior to this season. Seeing as his teammates, Gautier Paulin and Max Anstie, are already locked in with the squad for another season, you have to wonder what the future holds for Nagl. ‘12’ has underperformed by a considerable margin thus far this season. Glenn Coldenhoff trails him in the series standings and could end up searching for a new home too, as his multi-year deal with Red Bull KTM will expire.

Suzuki World MXGP will be one of the biggest players in silly season, undoubtedly, as both of their riders are up. Kevin Strijbos already made it seem as though he would be moving onto pastures new, but perhaps there is hope for Arminas Jasikonis? It is crucial to consider that Jeremy Seewer will be moving to this awning next year, as he is about to reach the age limit in the MX2 class. Various rumours are already floating around, regarding some of the big names that Stefan Everts is hunting down.

Who else will, like Seewer, be forced to vacate their beloved 250F and jump onto a bigger bike in the off-season? Julien Lieber will hit the limit, but has already silenced some naysayers on an LRT KTM this season. Benoit Paturel must move up, along with Ivo Monticelli. Petar Petrov is another big name that must make a splash in order to secure an MXGP seat.

Finally, another interesting story to follow revolves around Valentin Guillod. Guillod has been beset by countless issues thus far this season and has acquired a small amount of points. Although he only has a one-year deal with Assomotor, he does have an option with Honda for a second year and has made no secret about the fact that he wants to be on the Honda HRC team. In order to get to that point, he must obviously improve on his current position.

The FIM Motocross World Championship is enthralling currently, but paying attention to details such as this only makes the various stories that emerge even more intriguing. Although this topic is not being covered publically currently, the fact that it is alive within the paddock is undoubted.