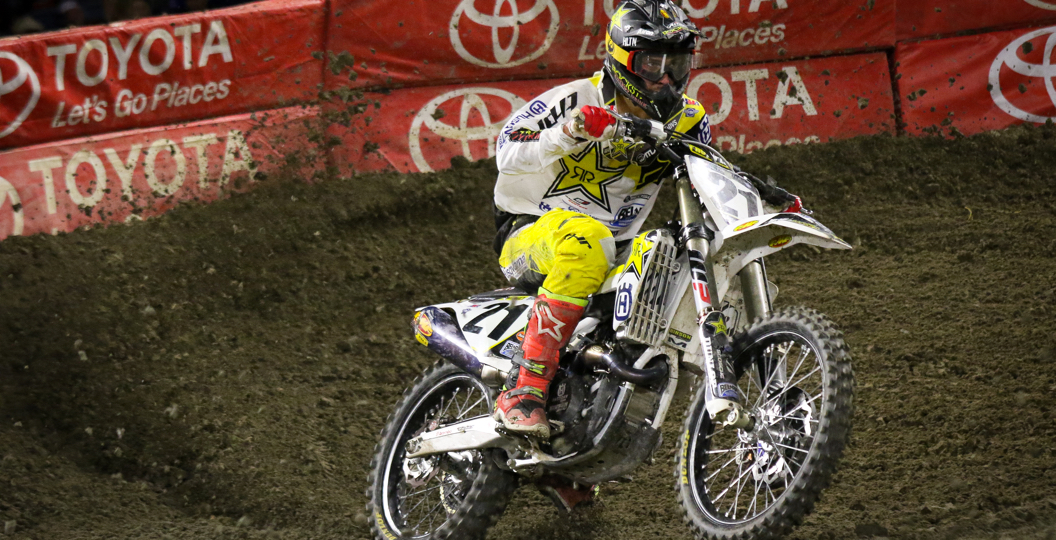 Yes, we are in the same position that we were a year ago! Vince Friese, who is renowned for being one of the toughest guys to pass, took advantage of a brilliant start to run up front during the first 450SX heat race on Saturday night. After occupying the runner-up spot for two laps, Malcolm Stewart pushed past him and opened the door for a handful of others to force the issue too.

Jason Anderson was one of those and actually made a pass stick, but Friese retailiated by running it up the inside and the former crashed as a result. Marvin Musquin was also caught up in that chaos. Anderson was seemingly in disbelief, so slapped Friese on the helmet as he rode alongside him post-race. This went on for a couple of seconds and, as Friese’s mechanic attempted to break things up, Anderson hit the ground for a second time.

Anderson was the one who attempted to hit Friese, so was later disqualified from proceedings. An official announcement has not been released by the FIM yet, but the Rockstar Energy Husqvarna Factory Racing squad have confirmed that Anderson will return at round four of seventeen. Make up your own mind on who was in the wrong by watching the footage.