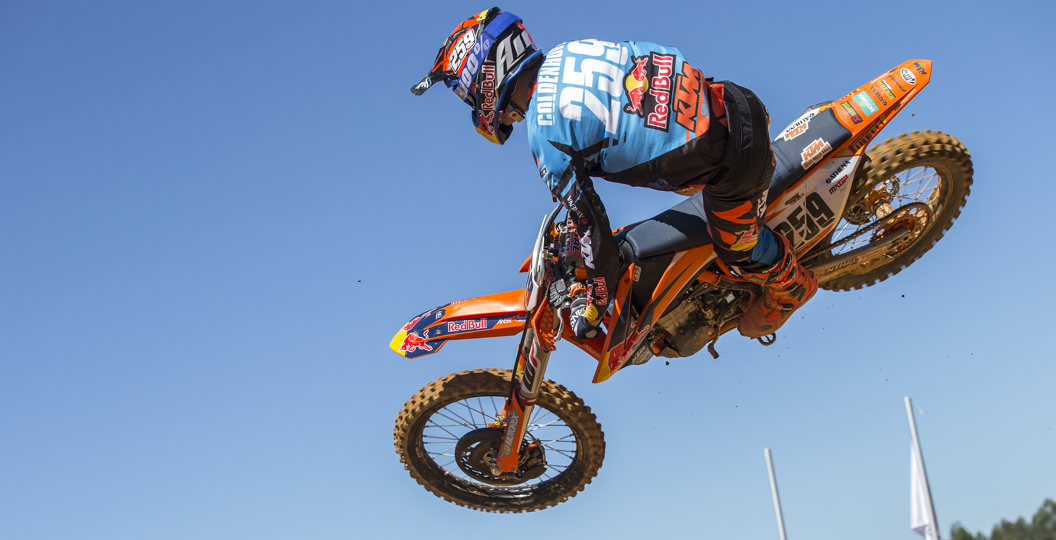 Red Bull KTM have just announced that their MXGP line-up for next year is complete, as Glenn Coldenhoff has signed a new deal that’ll see him return to the team for the 2018 FIM Motocross World Championship. The term will be the third that Coldenhoff has completed from beneath the factory awning.

“Congrats to Glenn Coldenhoff for a new Red Bull KTM Factory Racing contract that will see the Dutchman on the works 450SX-F in 2018,” the Austrian manufacturer posted on social media. The end of next year will be extremely interesting for KTM, as both Antonio Cairoli and Coldenhoff will be free to search for new deals. Jeffrey Herlings, on the other hand, has a contract that’ll run through the 2020 season.

Glenn Coldenhoff currently sits eleventh in the MXGP class, just nine points away from a position inside of   the top ten.