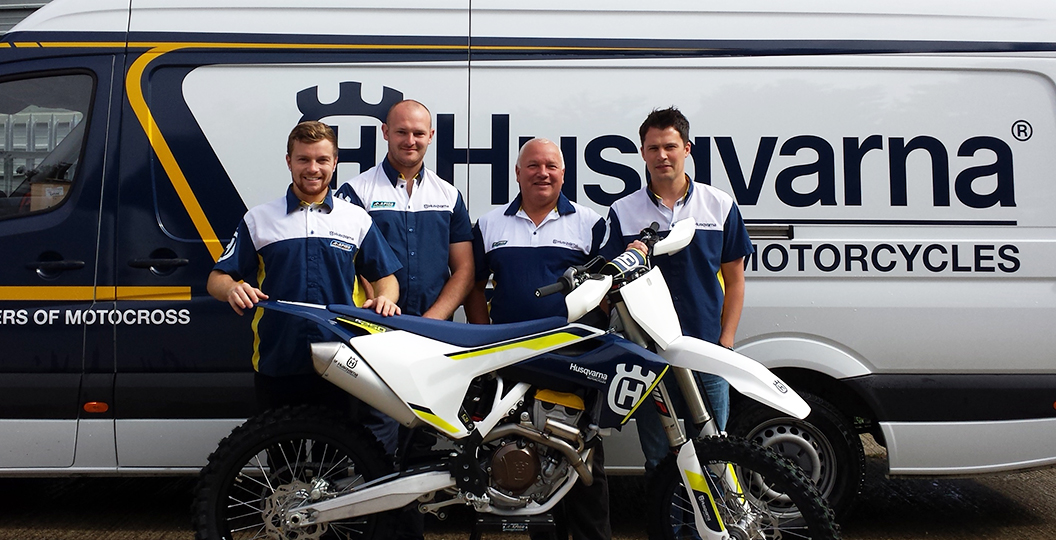 Clarke to continue with Apico Husqvarna

Husqvarna Motorcycles UK Ltd has secured the signing of Apico Husqvarna motocross team for a second successive season. Building on the success of 2015, the UK official Husqvarna team are looking to grow with focus on the 250 class.

Current EMX250 Champion Steven Clarke (pictured right) will lead the line-up, after his consistent and strong performances at the British Championship and EMX250 races this season. This experience will give him great confidence moving onto the more powerful and lighter 2016 model 250 4-stroke.

The team staff and set-up will remain consistent moving into 2016, with Richard Clarke as Team Manager and Stuart Summers as lead Mechanic.

David Edwards (Husqvarna Motorcycles UK Brand Manager): ‘ The Apico Husqvarna team have done a fantastic job for us so far this season, and I can see strong potential with the team moving forward. The new 4-stroke motocross range which the team will be racing next year is a brand new package, so getting the riders signed early will allow maximum time for pre-season testing.

Steven Clarke: ‘Seeing the new bikes for the first time, it is crazy to see how many improvements they have made from last year. The engine is totally new with more power, and the carbon fibre subframe as standard is a nice touch. I feel great on the bike at the moment and the current set-up is working well for me, so I will have to try to resist moving onto the new bike until next season.

Richard Clarke: ‘This has been my first year as team manager, and it has been up and down at times but we have worked hard and the results are coming every week now. The team atmosphere is great under the awning, and after meeting with David (Edwards) I knew we both had the same vision in what we want to achieve for the rest of this year and moving into 2016. Husqvarna UK and the factory staff in Austria have been excellent in the package they are able to offer us, the bike is proving to be really fast especially out the gate, and suits our riders perfectly.