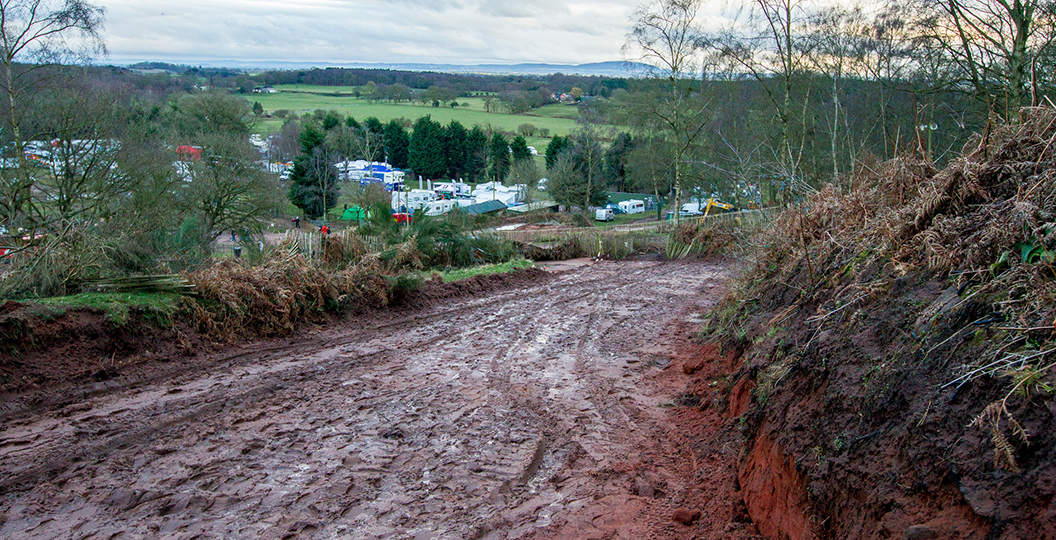 There is so much that goes into building a track, more than most realise, as Jonathan Groves of Shape and Scape explains in this exclusive MX Vice interview. Who even are Shape and Scape? Their work at the Weston Beach Race is probably what you are most familiar with.

MX Vice: What inspired you to start Shape and Scape?

Jonathan Groves: I didn’t really get inspired to start Shape and Scape. I’d always been into building anything like BMX trails and jumps when I was a kid. When the minibike revolution took off in the early 2000s I had a bit of land at the end of a property we rented in an old apple orchard and I had machines in there most weeks building and changing things. It kind of grew from there.

We started off being asked to go build or tidy up the odd track here and there and it just escalated! I’ve ridden bikes my whole life BMX, minibikes and motocross and I’ve always wanted just to make things fun to ride. Everything always changes in this game, tracks change, what people want from tracks change and it never gets boring.

I was living in Bristol around 2006 and working for a good friend of mine scaffolding and I use to go off and do a few tracks and events throughout the year. We were talking in the lorry on the way back to the yard that I maybe should try push it a bit more, but I’m sh*t with names. I remember I always wanted to try build a track that fitted in the landscape, a bit like a golf course, and my mate actually came up with the name Shape and Scape. It kind of stuck from there. We went limited in 2010 and here we are today with a bit of a monster that runs me instead of me running it!

What goes into starting up a motocross track?

We first got approached to run our first public track in 2009, when we were involved in running the British minibike nationals through the MCF. Roy Barton had a friend with a track that he wanted to see up and running, so we thought it was a good way to prop up the tracks building as the climate can be tricky to keep going all year with the wet winters. It was a massive eyeopener, even to us who had been involved in tracks and events and what goes into it. We’re still learning now ten years on with two circuits we have ourselves. I learnt a lot with that first circuit. It was on really flat ground that struggled terrible with the wet in the winter, but we managed to turn it round.

I also learnt that it’s not a one man job to run a circuit sometimes. You pile seventy or eighty hours a week into a track then to stand there and run it as well is a tall order. I’m grateful that my better half enjoys that part, as I wouldn’t be able to do it all without her really! I think for most people to run a successful circuit it’s never about money. We invest more than we make out of our tracks, but you always think your nearly there and then something else pops up and you are off spending again!

Talk us through some of your track prep and what goes into it.

Track prep is a really tricky one to try and teach someone, as every track prep can change depending on the moisture in the ground, the weather forecast, the nature of the dirt, the time of year it goes on and on. It also depends on the machinery you have to hand. Some places like Foxhill, with the chalky ground there, are an example. It can fool people and look beat out and solid, but with the right machine it still preps up good.

Again it comes down to cost and running the big expensive dozers to prep and circuit for a normal club meeting isn’t cost effective to run some of those big tracks anymore. It’s a real shame really and also people’s perception of motocross has changed. If you are going to a nostalgic circuit that you remember like that from a kid and it’s nothing like you remembered, people soon jump on the bandwagon and write them off without knowing the cost that goes into it all.

We will have a go at anything really within reason. It is surprising what you can fit in the smallest of areas, but to pull off the perfect circuit really depends on the nature of the dirt and the landscape. It is not very often you get the two of those together on a job, so we spend a fair bit of time creating a bit of elevation and always trying to keep tracks fun.  Another thing we try to pride ourselves on is a track that is built right, blends in with the landscape and drains to the best it can do with our climate the way it has been over the past few years. Drainage is a massive part of our business now. A recent track we have been working on has been on moorland and we have got a system there now that allows that to run through the majority of the winter. It is one of our biggest achievements really.

What’s next on the cards for Shape and Scape?

We never really expected to be doing all this full time back fifteen years ago. It was just a bit of fun to be working on something you love and never really feels like you do a day’s work. At times you forget you are working, then you burn yourself out with it. We still love it and it’s pretty cool being both sides of the fence, working at events and running public tracks too you see and hear a lot and we take that into our builds.

Now with the Weston [Beach Race] build, which we have done for the past couple of years now, it takes the work right up into the winter. This year we are a bit more involved, as we’re building the beach race circuit and then on the Monday after we are turning the top half of the beach into a circuit to run the last round of the youth nationals. I think this is a good thing, to be doing different things in the sport and trying new ideas. Weston sand at that time of the year packs fairly good and with material all piled up in the dunes, it won’t take long to build a battlefield fit for a youth national.