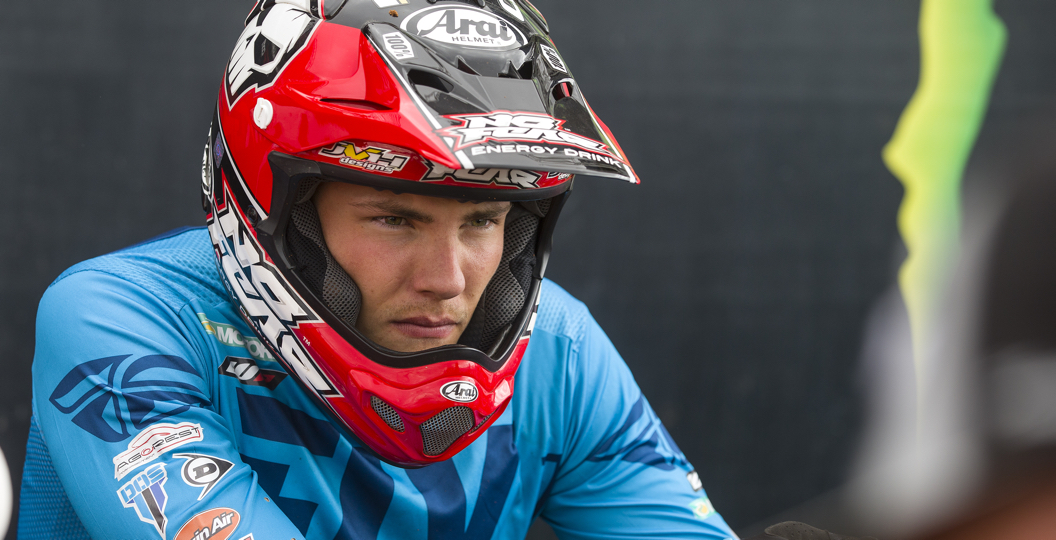 Brent Van Doninck has gone unnoticed for a majority of this season, simply because he has not acquired the type of results that most expect. There have been a lot of issues though, both with his health and the 8Biano Racing team, which are now beginning to surface. To make things worse, 8Biano Racing have closed their doors due to financial reasons and Van Doninck is in need of a new deal. The writing was on the wall with that though, it seems, as he was never truly happy with what occurred beneath that awning.

MX Vice: Things are not going great at the moment and it sounds like you need a ride now. The last GP with 8Biano Husqvarna is done, so what is that situation? Do you have a plan for the upcoming GPs? Do you have any teams interested? What does the future look like for you?

Brent Van Doninck: First of all, I had a big injury this winter so I had surgery four times… Four surgeries. I started riding in February. I would say the first two weeks I saw already that it was a mess in the team. It was like I had no material at home for training. The last two or three weeks I had no practice, because I had no bike anymore. The engine was broken. For now, it does not look that good.

There are a few options where I can go, so I think I will decide tomorrow or Tuesday where I will go. I think it will be again on a KTM or Husqvarna, but we will see. It is always good to maybe replace an injured rider, but at the moment there are not so many places. It is hard. Even going to USA would be an option. I will do it. If I have a good chance there and a good team, I will do it.

From the moment that you started with the team, did you immediately realize that it was not going to be like what you were promised in the contract and everything?

No, they promised a lot but I did not get anything of that. The mechanics were really good guys; I have to say they work so hard. I feel bad for them because the team stops. Actually the team boss, I never saw him on the GP. I saw him two or three times maybe. I think he did not want to see me, because then he knew I would ask for money or something like that. It was hard today to focus on the race, because there was so much going on with the team.

They picked up all the material and all the bikes after the second moto, so that was not fun. I need to stay motivated. There are a few options; I will be back in Matterley Basin I think, but on a different bike and different team. I cannot say which team because we need to see. At least if I can finish the season then I am happy, if I can find something.

You mentioned money there and I guess that is something that most people overlook. People think that you have just lost your team, but it sounds like you have lost a lot more than that. It is not like you have got to just worry about how you are getting to the races. It is how you are going to pay your bills, live from Monday, Tuesday, Wednesday…

Yeah, of course. I do not live with my parents anymore. I also need to pay my bills and my house and everything. To be honest, I did not get anything. It is hard. Money is not the only thing in life. For me, the bike is in the first place. If I have a good bike and if the mechanics work hard, then I am happy. Sure, we need some money also, but the first thing are the bikes and if the team is well and if the bikes are good.

Going back to the injury that you had in the off-season, obviously you started late. I guess in Argentina you were not one hundred percent at all. Even now, do you think you are one hundred percent? Are you at least close to that?

Yeah, I was riding three years on the Yamaha so I had to get used to the Husqvarna also and that took a while. I started riding in February so I did not have enough time to get used to the bikes. The first races were so hard and I had to adapt to the bike. If I look back to Argentina, maybe I did not have to ride there. Maybe I just had to ride a little bit longer and come back when I was a little bit more fit and things like that. Now actually the last two weekends from Russia actually, I started to feel a little bit more comfortable on the bike and the riding was going better.

Then in Latvia I hurt my knee pretty bad. I had a big crash there. I was not sure if I could ride this weekend, but the knee healed up a little bit this week and it did not look that bad. This weekend was not great, but I showed some speed. I just need to find another team and then I can keep building on this, because I start to feel better and better. Hopefully I can show some good results at the end of the year.

No – that is right. It is hard to do your job when there are so many things going around with the team. It is not fun to go to a race and you know that it is probably going to be your last one. It is hard to stay motivated like that. Before the first race today also they told me like ten minutes before the race, after the second moto they will pick everything up. It is not something you need to tell me before the first moto. A rider should think about only one thing and that is riding and have fun. It is hard like this.

People even forget that 2015 at Assen you were on the podium and that was just the start of your career. If everything had gone well, you would still be up there and there is no reason why you cannot get back to that.

Yeah, maybe. Last year I also podiumed in Valkenswaard, then a big crash in Russia and there I tore my ligaments in my wrist. I kept on riding all year and maybe I should not have done that. Maybe [I should have] gone to surgery directly, got it fixed and be stronger for the year after that. They want you to ride, so I kept riding. It was hard also last year when I had to leave Kemea. It was so hard and so late in the season. It was so hard to find another team, because everything was full. I thought the first moment it looked not that bad, 8Biano, and they said it is an official Husqvarna team and I would get some good support. But Husqvarna helped a lot. I cannot say anything about that. It is just the team. The team boss was not so fair with Husqvarna, actually.

Let’s end this on a positive. We are talking about the team and obviously Husqvarna are associated with that, but this has nothing to do with them. They have been great. It sounds like they found Iker [Larranaga Olano] a team and they are going to try and help you out as well.

Yeah, sure, they try to help us. We had some decent bikes also this year. Nothing against Husqvarna. They helped a lot and they did what they could. It is just the team messed it up completely… That is all I can say.