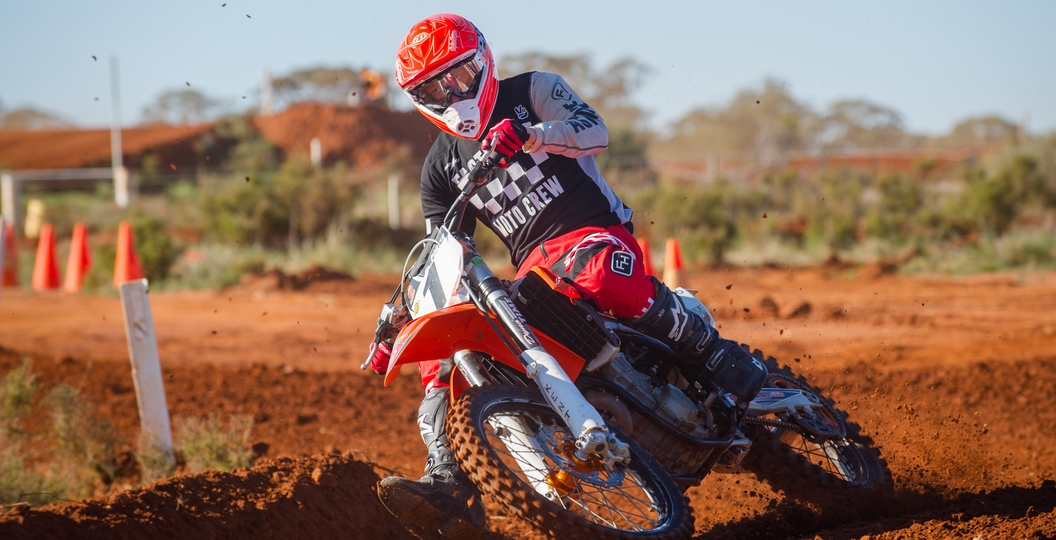 Championships Coming Down To The Wire In WAMX

t has been a massive year of highest of highs and lowest of lows for many riders, some facing injury, mechanical issues and some struggling to find the finances to fund their racing.  It is the time of the year that excites all motocross fans,  the final Make Smoking History WAMX Senior State Championship will roar into its last round of season 2016 at Hendley Park, Byford on Sunday September 18th.

Coming into this final round with a massive point lead and plenty of confidence is newly crowned Australian Women’s MX Champion, and multiple WA champ Jess Moore.  For the first time a WA rider will bring the Australian number one plate back to Western Australia, and Moore will be keen to add another WA plate to her growing trophy cabinet.

Lily Kent sits in second in the championship only 8 points shy of defending champion WA Women’s Champion Chelsea Blakers.  Both girls are keen to podium at this round, and in fact all of the top five girls recently competed at the Coolum round and will carry some new found speed heading into this final round at Byford.

Series leader Luke Gaisford has been racing overseas and carries a 44 point lead into the final round at Byford from second placed Tyron Robertson.  With this round featuring the long awaited return to WA racing of defending champion Chris Bosnakis after a successful sojourn in the USA, the series may go down to the wire for the top three place getters in the championship standings

Across the season we have seen mixed results and points collected from Michael Harcourt, Blake Croonen, Michael Murphy, Luke Ovens,  Daniel Soltoggio, Adam Filbey and Luke Capocreco it all comes down to this final round and a champion will be crowned at Byford!

It has been some of the greatest moto battles we have witnessed in recent years, the exciting MX 2 class have delivered at every race this season. Josh Adams, David Birch and Dylan Heard have been outstanding and with Mitch Taylor jumping on board the MX2 championship for round 5 it was the best round thus far of season 2016.

Multiple WA, MX2 Champ Josh Adams is the series leader by only 33 points, from 2011 champion David Birch; with defending champion Dylan Heard holding third in the championship.  The danger man for the contenders is fourth placed Jake Fewster, who could cause a stir with some strong results, thus placing the championship in the balance.  Will it come down to the final moto of the day to decide the 2016 MX2 Championships? This final round will be another MX2 show-stopper.

Series leader and defending MX1 Champion Dean Porter holds a 28 point lead from second placed in the series Robbo Lovett and Mitch Taylor who holds down third in the standings in the MX1 class.  The results at Southern Cross for round five, had Charlie Creech, who was consistently holding third for the season, had his season came to an injury forced end.  The results have Michael Mahon and Craig Bolton fourth and fifth in the championships.  Porter has remained super consistent sweeping the last three rounds with maximum points, which holds him in fine form heading into this last round at Byford.  Both Lovett and Taylor have the opportunity to dial in their starts and make the most of their opportunities to stem the momentum of the confident and in form Porter.  Yet with another 30 riders all looking to do well, plus the hard charging Chris Ruttico, Liam Whisler, Ryan Scarlett, Blair Outram, Julian Cutajar and Oliver James, as we have seen this year anything and everything is possible.  With Porter hinting that this could be his last season, there has never been a better time to head to Byford and cheer on the defending MX1 Champion, or perhaps we may see another rider crowned champion for 2016?

Whilst various classes look to be locked up and decided, it is never over until the final flag fall.  Round 6 is a massive double header of juniors and seniors on September 17th and 18th, the Lightweight Motorcycle Club will be the destination for Western Australia’s top motocross riders all vying for championship glory.

WA Champions, Australian Champions and World Champions- the WAMX series has continued to build the foundations for our riders to seize their opportunities.