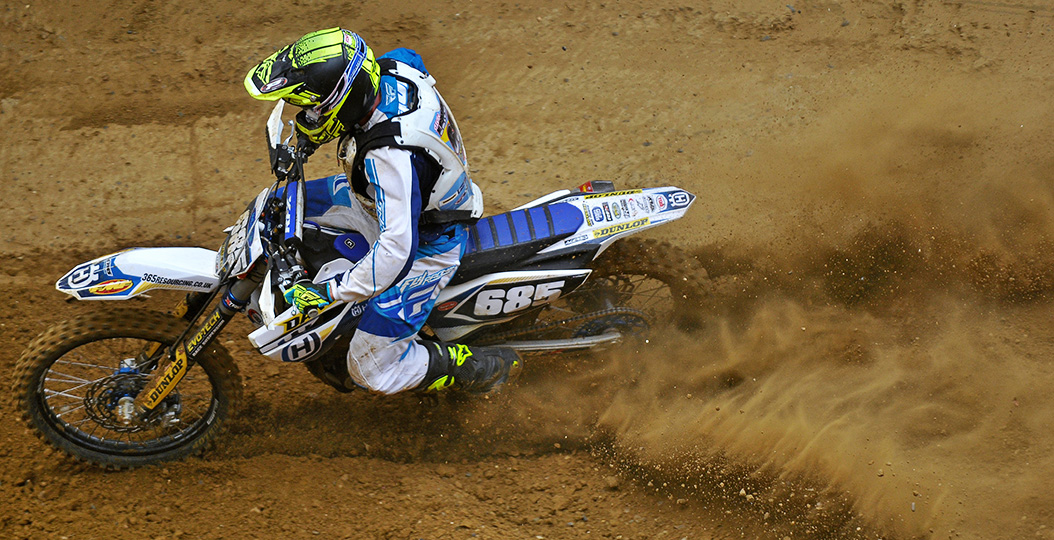 Catching Up with: Steven Lenoir

Steven Lenoir showed some blistering speed again in 2014, but unfortunately a handful of issues stopped him from challenging for either title. We caught up with the popular Frenchman earlier this week to discuss the season and find out what deal he has lined up for 2015.

MX Vice: So, are you happy with how your year went?

Steven Lenoir: I have two feelings. I think I had really good speed, good fitness and the bike was solid as well. But I’ve also been really unlucky this year; first with the arm, after a really little crash, then we had some small issues with the engine, which couldn’t be helped. It has been an up and down year really, but the relationship with the team and stuff has been fantastic again. It has been an amazing two years, but all good things have to come to an end.

MX Vice: What were your expectations heading into 2014? Were you to looking to win both championships or finish in the top three?

Steven Lenoir: I was really looking for the win, which I think I could have done. Matiss Karro would have been a tough one to beat, but if I didn’t have the injury, it would have been different. When I came back to racing I was really trying to make up the points straight away, which was a bit of a mistake. You need to take it race by race, but when you don’t do that you start to make silly mistakes. I won most races in the MX Nationals, so I think that could have been good. I had like six or seven DNF’s, but still finished on the podium. It’s been quite good, but like I said, we’ve just been unlucky.

Well, I don’t know if we can call it unlucky. That’s motocross and that is racing, and some years that is just the way it goes. You have to just accept it and come back stronger.

MX Vice: Was the arm injury something that bothered you for quite a while after you returned, or did it feel fine straight away?

Steven Lenoir: It felt fine straight away, but when you get surgery you feel tired and stuff. It was actually more in my mind. It didn’t feel one hundred percent, but it didn’t feel bad either. I knew I could push with it, but in my mind I wanted the championship so bad, so I trained so hard. When I came to Canada Heights I actually felt like I had trained too hard, so that wasn’t a good day.

MX Vice: Were you still hoping to win the MX Nationals, even after your injury? You lost a lot of points, but it was definitely still possible.

Steven Lenoir: In the MX Nationals I was still really close to winning, but when we came to Culham I had a seventh and a DNF, so I was done after that. Foxhill being cancelled didn’t help and Preston Docks wasn’t good either, so it was difficult.

MX Vice: Obviously your path is quite different to most French riders. What is it that makes you want to race in the UK?

Steven Lenoir: You know, I was racing GPs and I started to look at England, because I heard it was pretty big here. We found a deal and came over here; now I’m used to it. I’m more looking to race in England than in France. It is a different schedule – a French rider does a lot of supercross and not much motocross, unless they are doing GPs. I’m happy to be in England and doing the British championship and the MX Nationals.

MX Vice: Do you have other goals for a few years time? Would you like to get back into the GPs eventually?

Steven Lenoir: I don’t know; the GPs are really difficult at the moment. I am twenty-three soon, so I won’t be able to do MX2. I still believe that my best is to come. I am sure that I will be better on the MX1 bike, I’ve been training on it and I feel mega, so I want to do MX2 next year, then one year MX1 and then why not go back for a GP season. But, I’m living on my own. I don’t have a big sponsor behind me, so I can’t afford to do the GPs for free.

MX Vice: Can you talk about your deal for next year yet? What do you have lined up?

Steven Lenoir: I will be riding for Dyer and Butler in MX2 at the MX Nationals and the British championship. I was kind of looking to move up, but the team said they were having three MX2 riders, so I’ll give it another go. Every year since I have been in England I have stepped it up, and I think this year would have been the year. But I’ll regroup and go again next year.

MX Vice: It sounds like you had a few offers from different teams. What was it that eventually persuaded you to sign for Dyer and Butler?

Steven Lenoir: I had a few offers. The main thing was the KTM; I like the bike, the way it handles and the power. They gave me a solid contract and a deal I was really happy with; I also have the chance to keep working with Matt [Hutchins] and Evotech on the suspension and engine, so I’ll be starting on a new team with a bike that will feel familiar. I think that is what I need to have a solid winter and give it one more shot.