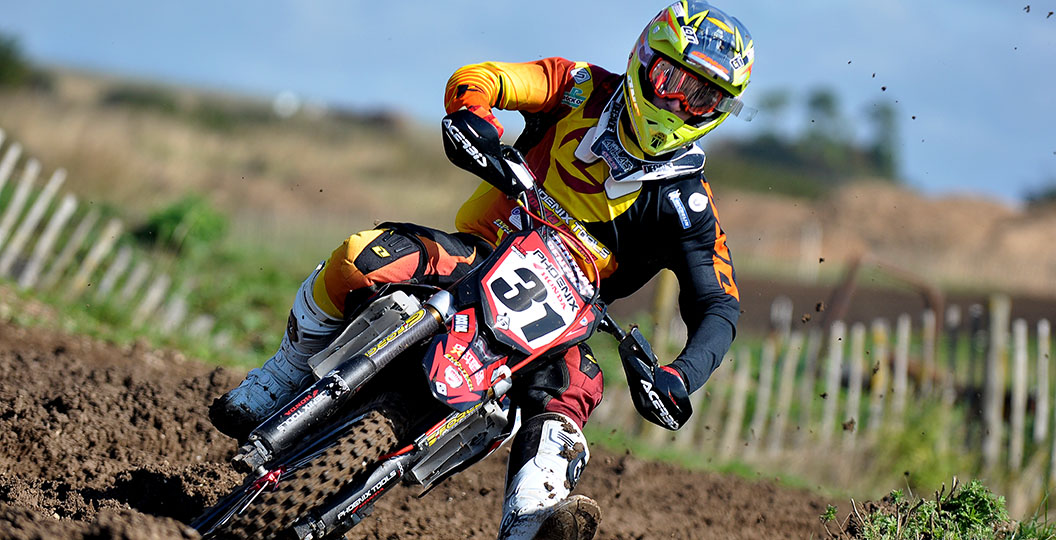 Catching Up with: Alex Snow

Alex Snow has quietly had a strong year aboard a Phoenix Tools Honda; he has been right on the cusp of the top five in a lot of the motos in the Maxxis British Championship. Alex will be looking to carry this momentum into the off-season and 2015, where he will be on a Husqvarna (with his current team). We recently caught up with him to discuss the switch, his season and more.

MX Vice: Alex, you have had some exciting news that you will be on a Phoenix Tools Husqvarna in 2015, which will obviously be quite different for you. What are your thoughts on the new deal?

Alex Snow: Honestly, I think I was one of the first riders to do a deal for next year – I felt comfortable and happy in the situation that I was in. I get on really well with everyone in the team. It is the best atmosphere that I have been in, even though it’s one of the smaller teams I’ve ridden for. The bikes have been good, and I knew there were a couple of different options looming when I shook on a deal, but I was happy with all of them. I felt like I was in a good position, and that it was the right decision.

MX Vice: Barry Moore, your team manager, is one of the most passionate people in the pits. Is that something that made your decision easier?

Alex Snow: Yeah, he is just a great guy. His genuine passion and enthusiasm for the sport is mega, and he is always upbeat. It doesn’t matter how the day has gone, there are no hard feelings there. He is just a really good guy to be around and the same goes for Dickie Dye. I like that and they’re a big part of why I wanted to stay. You don’t get many people like that in motocross.

MX Vice: Obviously a Husqvarna is very similar to KTM. Have you ridden a KTM recently? What do you think of the bikes?

Alex Snow: I had a couple of good years on a KTM in 2008 and 2009. I won the Under 21 series in ’08 on a KTM, and had a year on MX1. I always enjoyed the KTM and was a big fan of the bikes – I think they’re a good company. So when I heard it was a possibility, I was quite excited. They are similar to the KTM, but at the same time they have their own goals and ambitions for next season.

MX Vice: The beginning of this year was quite different for you. What were your goals and ambitions going into the season?

Alex Snow: Firstly, after missing half of 2013, I wanted to make sure I was here for every race. I wouldn’t say I’m an injury-prone rider, but you want to get every race under your belt. I really wanted to be at the front with the guys. Honestly I kind of took the pressure off of myself; rather than expecting to be somewhere, I thought ‘if I can ride as well as I can – that’s all I can do.’ But realistically I wanted to be in the top five and on a good day on the podium. Our bikes are good enough to do it, although it hasn’t happened yet.

MX Vice: It must be quite nice having your deal lined up nice and early, so have you made any plans for the winter period? Will you be going back over to Josh Coppins’?

Alex Snow: I won’t be going over there, because the team has a really good fourteen-week training programme, and we do two trips to Spain during that time. We do a week in December for physical training and then another ten-day trip at the end of January, which is mainly riding and testing. We’re together every week on Tuesday, Wednesday and Thursday training down in Exmouth. We do some mountain biking, swimming and running as a team. I’m not going to rock the boat by going somewhere else, because there is a good little set-up going.

I really enjoy Josh Coppins’ and I hope to go over again at some point, but it almost spoils you. We had a tough winter last year when it was wet, horrible and cold, but we were out running and cycling regardless. The same goes for riding; we did so many motos in the mud that I felt I was well prepared going into the first race but in a different way. I was ready for anything.

MX Vice: Things have changed for you personally recently as well. You’ve moved into a new house etc. Obviously racing is your full-time job, so there is extra pressure to keep it all going and perform next year?

Alex Snow: There is and there isn’t. Rides that you can earn money from are getting few and far between now. I don’t do it for the money, but as you said I’ve got bills to pay and a house now. This is my full-time job and how I earn my money, along with my schools and stuff. I just take it year by year and don’t put pressure on myself.

MX Vice: You touched on your schools there, is that something that is going to progress again next year?

Alex Snow: It’s difficult, because you have to find the balance between your own racing and the schools. I try to not compromise my own thing and fit the schools in around it, so sometimes the quantity of schools will suffer. But at the same time I would rather do a few and make them good than keep banging them out and them go downhill. It is getting harder to find tracks; track owners can only open on certain days now. I try to keep pushing it forward and make it interesting for the riders.

MX Vice: Neville Bradshaw has just set up his 272 academy. Is that something you’ll look to do in the future?

Alex Snow: Yeah, I think so; I enjoy the training. I’m quite a technical rider, which is quite good to pass on. You start to notice a pattern of the same guys coming back. Maybe in the future when my racing tails off and I move away from that I can set something up where I have a certain number of guys under my wing and I go to the races with them. When I finish racing I want to stay involved.