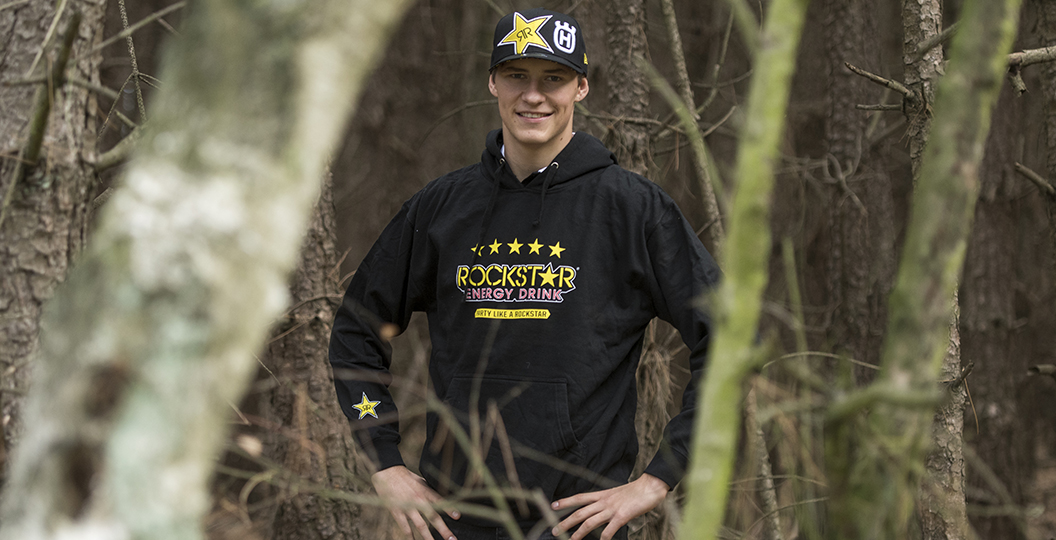 Arminas Jasikonis has been under the radar over the last six months. Jasikonis had a mediocre start to the season with the Assomotor Honda team, then bowed out with an injury and fell off the map. Until now, that is, as it was announced today that he has signed a one-year contract with Rockstar Energy Husqvarna Factory Racing. Jasikonis will sit alongside Pauls Jonass in March, when the FIM Motocross World Championship begins at a location that is yet to be announced.

MX Vice: The news is finally out there. I think the deal was signed six months ago or something, but just talk about how happy you are to get this opportunity with Husqvarna for the 2019 season.

Arminas Jasikonis: Yeah, this team has always been my dream. I always look at this team and it always, for me, was on the top of my list, because you could see how professional they are with everything and with their trainers. They just have the best system that you could ask for. It’s always been a dream for me. This is a dream come true. Today I’m officially the rider of this team. I am giving one hundred percent for that to continue the work with them.

You have done a few sessions on the bike now. There was a video today of you training from a couple of weeks ago, so what do you think of the thing? Is there anything that kind of stands out that you really like?

Well, I cannot say that I’ve been sitting on the bike for a long time or anything, but as much as I rode with it… It is just lovely. The faster you go, the better it honestly is. I have to still take it easy, because of my shoulder injury and everything, but it is getting really good.

Obviously, the Suzuki was down on power a little bit compared to the other factory bikes and Assomotor Honda was not a factory team. With your size and everything, do you feel like you need the power that Husqvarna or KTM can give you? Do you think that’s going to help a lot?

Power has always been a little thing that I have always been asking for, but I feel that with this factory they are able to make me really satisfied already. Now the bike is so strong. I never had such a strong bike. It’s so much easier to ride. I think in the end it’s not like it gives a lot, but there is that little then you are really, really fast, but that little thing which is a strong engine… It will give a little bit.

Honestly, as much I have been watching Antonio [Cairoli], Jeffrey [Herlings] and Glenn [Coldenhoff]… Everyone I have been looking at and seeing the way the chassis was working and everything, I was dreaming about it because that was something I was always searching for. The first day I sat on the bike, it was exactly how I expected. Honestly, I do not have any negative points about this bike. So far I could not find anything. I am just enjoying riding so much. We have not even changed  anything on the bike yet. I am still riding and I am happy about it.

Obviously, it was a tough year with Assomotor. The injury that ruled you out for the second half did not help, but just kind of recap the season and also that shoulder injury.

In the end, I am really thankful to that team. They gave me a chance when no one did. I was in such a bad position with my injury. I tried so many teams and nobody wanted me, so Assomotor were the only team who opened doors for me. I am really thankful for them. The season did not end well or anything, but I am still thankful for them. The second part of the season with my injury and everything was really a disaster, but that is life. Everyone has that. We just take positives. Anyway, I would like to say big thanks to them. It was good.

What actually happened with your shoulder? I feel like it was never properly explained. Talk us through the injury.

Honestly, it is really complicated. Not even an operation or anything could help. Even now when I lift my shoulder really up, it is still a little bit painful. It is going good. Actually the problem was tendons. It was a little kind of dislocation, like minimal. It dislocated, but when I moved my shoulder when I crashed a little bit it popped in. It was a lot of little things, but mostly the tendons that really take a long time to heal. They really gave a big pain to me.

I am guessing this is something that will get back to one hundred percent eventually though. This is not something that you’re going to be fighting at the start of the next season, right?

No, honestly I ride the bike now without even thinking about it. It is not a problem. I do not even need to put ice after riding or anything. It is just that also I had a bone bruise, so everything was like a little damaged and that always gave me pain. Right now I am really getting better. Honestly, I do not really think about it anymore. We are really working on it. It is getting stronger, my shoulder and everything. It is for sure not going to be a problem. It is not even problem now. I can do everything. It will not be a problem, for sure.

The new bike is perfect, the team is perfect and it has been your dream to have all of that. Are you putting any more pressure on yourself now, because this is your chance to prove yourself? Everything is lined up perfectly, like you said.

Yeah. I think everything is lined up perfectly. I have the best people around me. There is going to be bigger pressure, of course, but let’s see. It’s been there [pressure] with Suzuki also, but I think I deal with it quite well. Right now I also kind of have a little bit more experience with it all, so I know how to react to the things. I think it is not going to be an issue. I think it is only going to help me, because honestly always like even at my home MXGP or something I did well. I think I can deal quite okay with my pressure and everything. I think it is only kind of a help to me, because with such people around me… It just really pushes you. You have everything. I have got to give it my all. They give me all, I give it all.

It was not completely clear in the press release, but I think this is a one-year deal. Is that extra motivation or pressure for you? How do you feel about that?

Yeah, sure. This season was not good with Honda. I did not have decent results, only like one top-ten finish or something. It is a really good motivation for me to show up on the first GPs and really show the world that this spot for one year was really for me and that we can work for many, many years together.

It is obviously quite early to discuss expectations, but do you kind of know what results you believe you can get next year? I am guessing consistent podiums would be good for you.

Honestly, I really want to step it up. It is time for me to step it up. I know I am able. With this bike, I am able. If I am going to give one hundred percent everything, I am sure I can step it up on the podiums for sure next year. This is our goal. What are we going to do with top tens? I am riding for a factory team. We have got to really be there.

Jasikonis took his first (and only) podium finish with Suzuki a year ago.

I am guessing the experience of the team is going to help you step it up as well, obviously. With Tomi you’ll be training in the workshop and everything is kind of based around this one place. Being so young at just twenty-one-years-old, having that firm structure is going to help you a little bit.

Yeah, the structure is great. I have Tomi with me 24/7, let’s say, because he is always with me training and we are training together. It’s really great. Even Antti [Pyrhonen] is training, always coming in the training and helping me with the riding. I have everything I need. I think it’s going to help me a lot. This year was a little bit like lost with trainers with everything. Honestly, I was a little bit lost. I think this year is going to be good, because they are really showing me the way that I have to go.

Just expand on that a little bit. Obviously structure was a little bit of an issue at Assomotor, with the team being based in Italy. You obviously live near Lommel. Talk about how that worked this season.

Finally, what is the plan from this point on? Are you going to be testing and training all the way up until Christmas? Do you get a bit of a break? What do your plans look like?

Honestly, I have been injured so no more fun for me. It is only hard work from now on. We are going to ride now and then for the future we are going to start testing when I come to my speed, then we start testing to make another step forward. We will see. It looks busy, but I am super excited. I really want to be good next year.