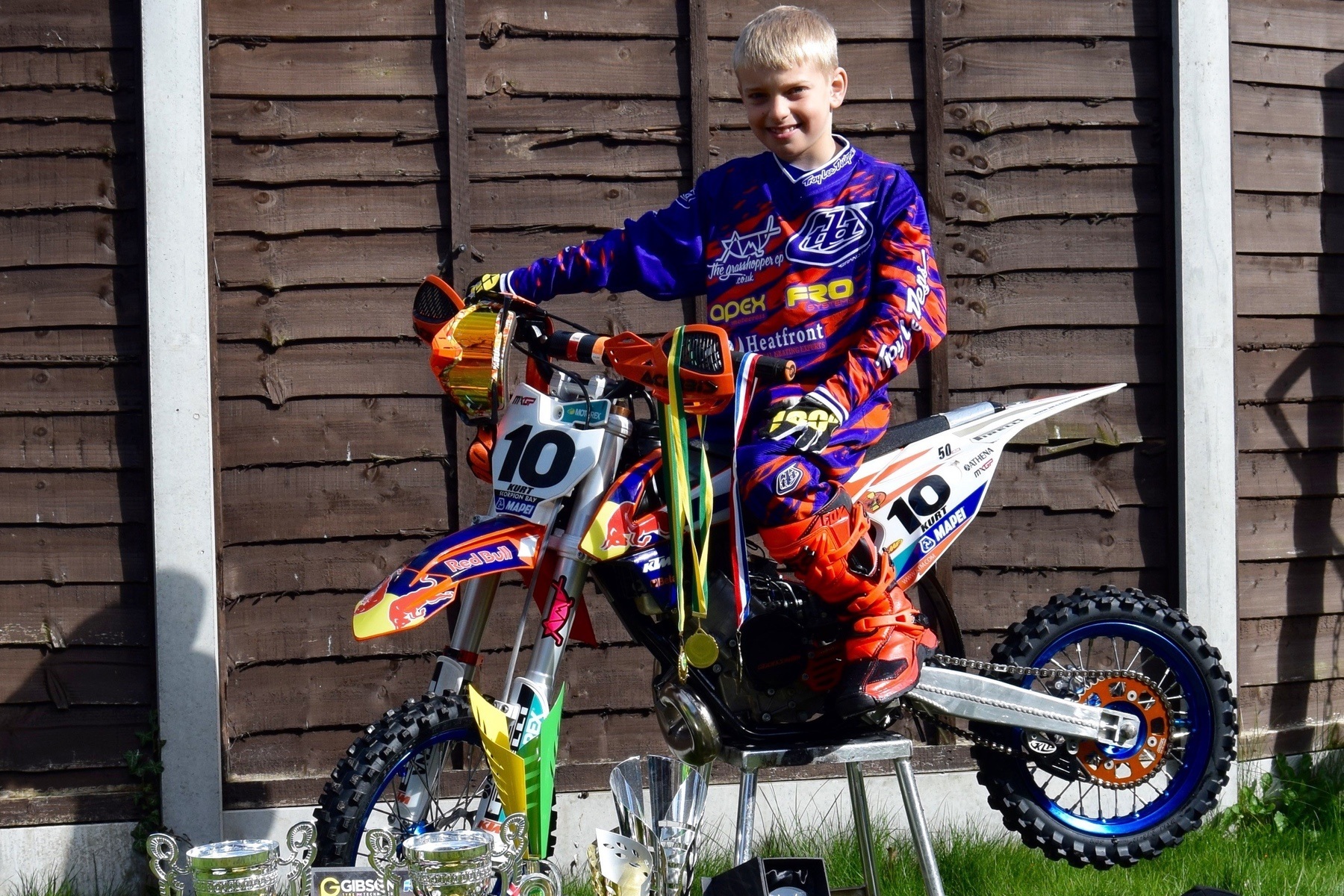 In part one of Bridgestone’s BSMA rider features, attentions are turned to a budding eight year-old from Worcester, who might have only been riding a bike for a year, but is making rapid progress in the Autos.

If attitude and riding style guarantees success, then eight year-old Kurt Evans is destined for great things in the world of motocross.

The Worcester youngster has only been riding a bike for 12 months, but his technique already bears a slight resemblance to Belgium’s Stefan Everts, while his determination is equally impressive.

A broken clutch put paid to Kurt’s chances in the opening Autoclass race of the Bridgestone BSMA Nationals, only for a faulty replacement to impede him thereafter, but such adversity was never going to get him down.

“He’d have pushed the bike over the finishing line if he’d had to,” Kurt’s dad Mark added. “He carried on going and battled away. He has an infectious attitude and never lets things get him down.”

The Severn Valley and Cotswold Youth member has been training hard for what he hopes is a breakthrough year in the Bridgestone Autos series and nobody should be surprised if he impresses at Wroxton for the next round on April 16 and 17.

Mark added: “Kurt is training hard. He is already lapping close to podium pace, but you never know if that can be transferred into race day.