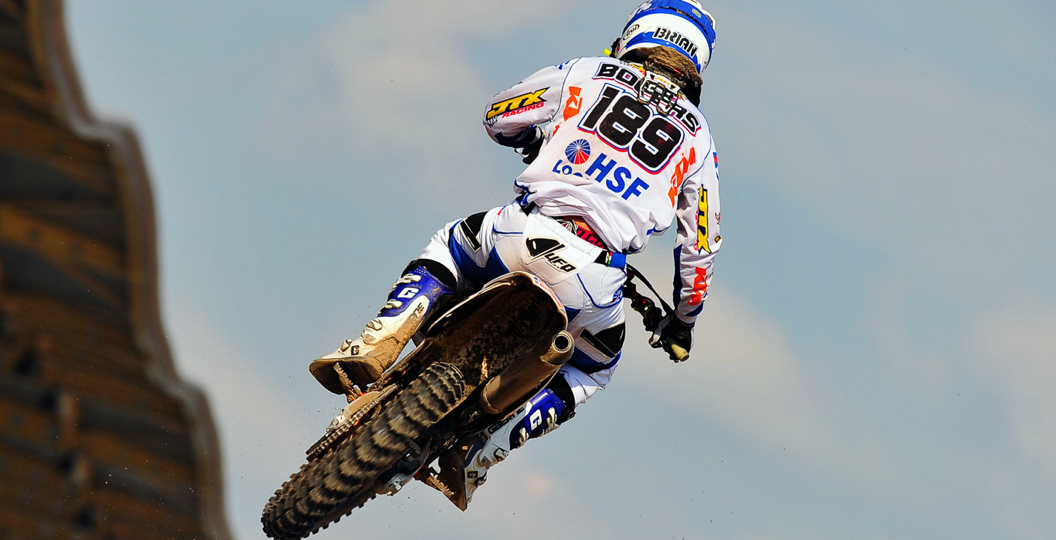 Brian Bogers of the HSF Logistics Motorsport Team finished inside of the top ten in the Dutch Grand Prix in Assen. In the first moto he was riding in ninth position for a long time but in the second part of the race he lost his rhythm a bit and this cost him a few places. Finally he finished the race in eleventh place. In the second moto he was riding a consistent moto and came home in ninth position.

It was the first time in the historie that a Grand Prix was hosted on the road racing circuit in Assen. Thousands of people were visiting the event over the weekend to watch the best riders in the world. Brian was feeling himself at home on the sandy track and set the seventh fastest time in the time practice session. In the qualifying heat he did a great job as well by finishing in sixth position.

Around 25.000 people were there on Sunday to see the start of the first moto. Brian took a decent start and came out of the first corner just inside of the top ten. He was riding in ninth position for a long time but just after the midway point he lost his rhythm a bit. In the rest of the race he was fighting with several riders for tenth place and was changing places for several times. Brian finished the race in eleventh position but wasn’t completely satisfied about this result. Between the motos, a few set up changes were made and Brian was motivated to do better in the second moto.

His start wasn’t that well and he had to come back from outside of the top ten. After a few laps he worked himself up into tenth position. In the warm circumstances it was physically demanding for the riders. Brian was building up his race pretty well and managed to move up to ninth position by the midway point. The eight place rider was already to far gone to overtake so Brian had to settle for ninth position in the second moto.

Overall he finished in tenth position and with still two more rounds to go in the championship he sits in eleventh position in the standings. In two weeks time the series continues in Mexico.