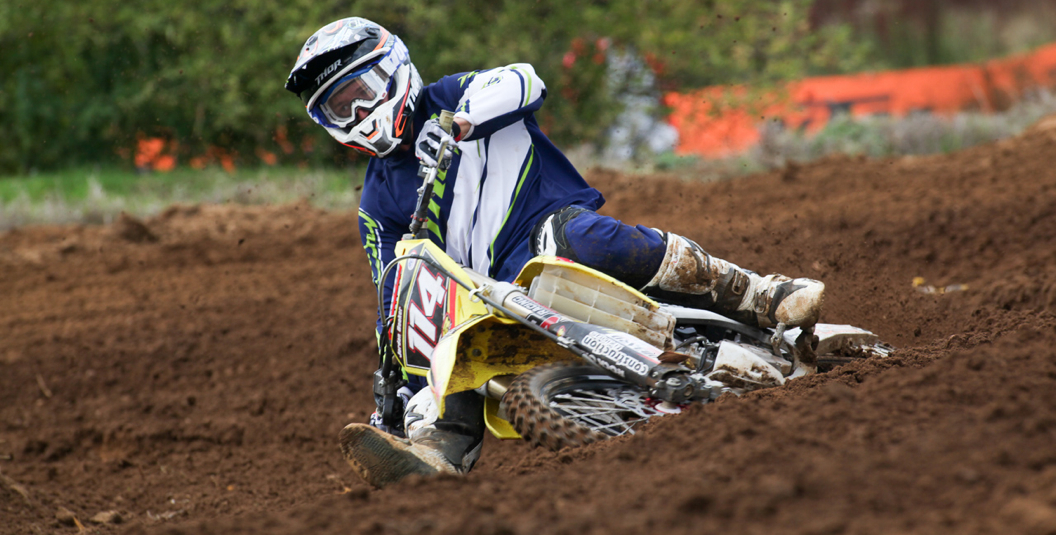 For Heads & All Threads Suzuki’s Jordan Booker, the sixth round of the MX Nationals in Culham this past bank holiday weekend ended with a disappointing fifteenth place. With MX1 rider Graeme Irwin still sidelined after his spectacular get-off at Cusses Gorse a fortnight ago and class colleague Luke Burton also indisposed with an old injury, it fell to the Bristol native to fly the flag for the team.

Qualifying on Saturday morning saw Booker qualify in eleventh after some setup issues bedevilled the session. Those issues seemed resolved for the first race of the weekend when Booker got out of the gate and through the first corners in seventh. Unfortunately, a massive crash dropped him to the back of the pack, from where it was impossible to recover from.

After a night’s rest and morning warm-up, Booker went to the line for his second race of the weekend. Another great start developed into a solid and consistent race, but another crash in the closing stage of the race dropped him out of the top ten. Managing to recover one place before the chequered flag, Booker ended the race in fourteenth.

Some more changes made, the final race of the weekend saw him get out of the gate in third. Fast and furious battling at the front bumped Booker to fifth, and disaster struck yet again with a stall down a hill. Restarting in fourteenth, Booker was able to recover to eleventh at the finish for a fifteenth place overall.

“Jordan had some setup issues with the bike on Saturday. He had some good starts on the bike but didn’t produce the races he wanted, but he’s getting there slowly. The bike ran well and we’ll just see how we go from here.” — Gary Needs, standing in for Neil Prince