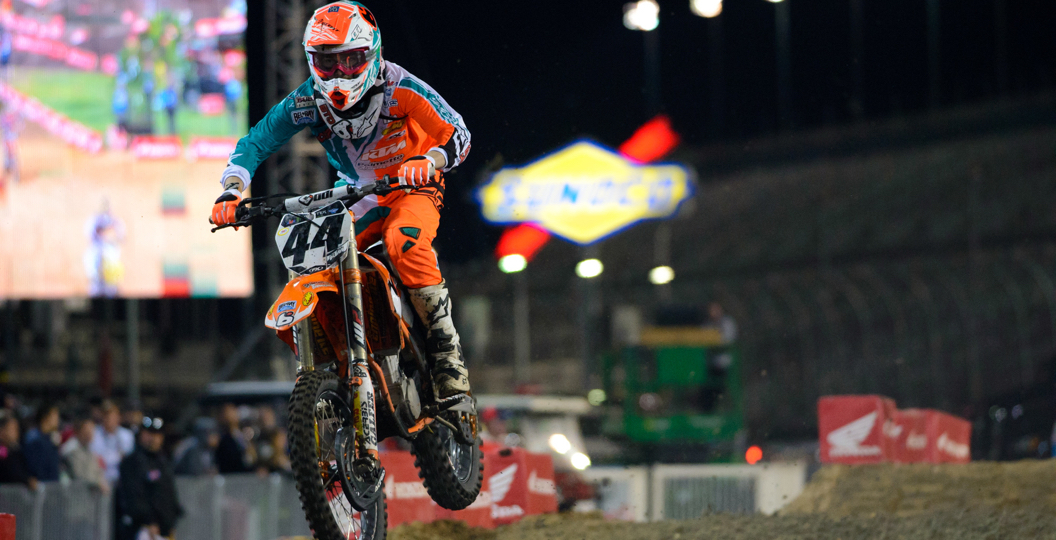 Muskegon, Michigan – Team Babbitt’s Monster Energy Amsoil Kawasaki is very excited to announce their line-up for the 2015 Arenacross series today. With the team releasing multi champion Tyler Bowers from his contract to races AMA Supercross, there is a big hole to fill. Yet, owner Eddie Babbitt is certain his 2015 team is solid. Look for Zach Ames, Chris Blose, Matt Goerke, and Jacob Hayes to make waves in the 2015 Amsoil Arenacross series.

Zach Ames returns to the team, and he’s excited about the future,” It means a lot to continue with Team Babbitt’s. They are the premier team in Arenacross, and it makes it so much easier to do my job with them behind me.” Joining Ames are veteran riders Chris Blose, and Matt Goerke. “ I’m very excited to be a part of Team Babbitt’s in 2015. It’s going to be a great year of racing,” said Blose. Matt Goerke added, “ I’m very happy to be racing for Eddie Babbitt. He has a proven winning team, and I am excited for Arenacross!”

In addition to these three championship contenders, Team Babbitt’s has added rookie Jacob Hayes to the team, and the young rider is excited about the future. “It’s truly a blessing to be a part of such a dominant team. I cannot thank Eddie Babbitt and Team Manager Denny Bartz enough for this opportunity!”

With their official 2015 team in place, they will also have several “fill-in” riders throughout the season, with the intention of providing top Team Green amateur riders the chance to get their feet wet in professional racing courtesy of the Ricky Carmichael Road to Supercross. Talking about this unique opportunity, Kawasaki Team Green Racing Manager Ryan Holliday stated “with the Road to Supercross Program, our Team Green riders will have the benefit of the best Arenacross team in the pits, and the team’s guidance will help these young riders get acclimated to a different style of racing. Our long relationship with Babbitt’s is just another example of how Team Green can provide our racers with opportunities for future success.”

Eddie Babbitt, owner of the team, added,” We are very excited for 2015, and also very happy that Tyler Bowers got a chance to go race Supercross. Obviously it was nice to have a Multi-Champion on our team, but I feel we have an awesome four-rider team ready for the 2015 season. I honestly believe that you are going to be seeing some podium sweeps by Team Babbitt’s,” said Eddie Babbitt. Team Babbitt’s is grateful for the long time support from Kawasaki, Monster Energy, Moose Racing, and Amsoil.