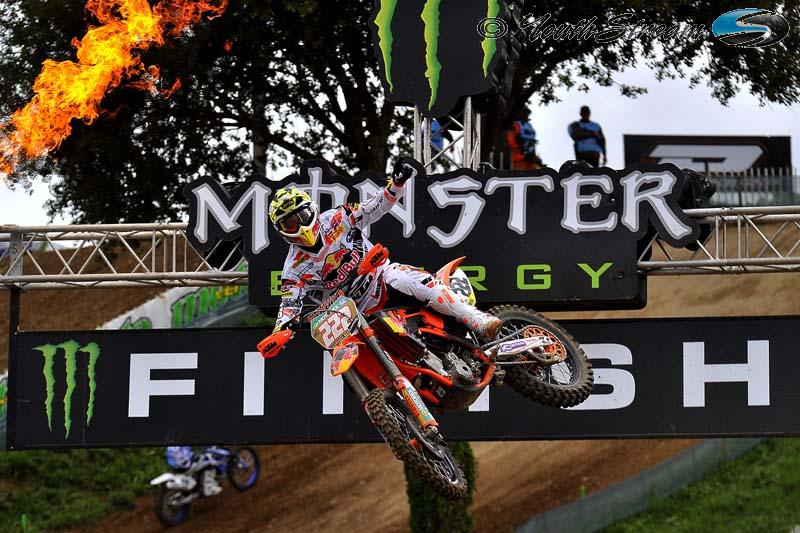 Antonio Cairoli has had a career, which has seen many highs, and few lows. Whilst rivals have come and gone, Cairoli has remained a firm favourite among the FIM Motocross World Championship starting line. When riders like Tyla Rattray and Ben Townley left to chase the big lights of America, as did (the now returned) Christophe Pourcel, Cairoli continued to constantly put in forty-minute motos around Lommel. Whilst Ben Townley hoisted an AMA Supercross Lites crown above his head in 2007, Cairoli collected his second world title. When Christophe Pourcel came so close to winning the 2010 AMA National Lites Championship, Cairoli collected his fourth world title.

What I’m getting at here is that whilst his rivals decided to chase the big contracts and the wide, groomed tracks of America. Cairoli never lost sight of the goal from his childhood, to be a world champion. Of course, he has now exceeded that goal, as the stats from his career so far indicate. Really, Cairoli’s next goal is to go after Stefan Everts’ records. He himself has stated that the chances of him now leaving the GP’s to go to the America are almost non-existent.

To beat Everts’ records, Cairoli needs to have all the positive qualities that Stefan had, and more if he is to achieve the same success. Some of Stefan’s best traits as a rider? He rarely got injured. Cairoli too rarely gets injured, the last time an injury forced him out of a title race was 2008. Stefan was good on all kinds of track conditions. Cairoli, too, has won in bottomless sand, knee-deep mud and sun baked hard packed tracks. Stefan was mostly, head and shoulders above his competition. Cairoli hasn’t been seriously challenged for a title in many years.

The point is, Cairoli is capable. He knows what it takes to win; his five world titles are a testament to that. It’s just a matter of whether he can stay injury free, and can consistently reel off the titles in coming years. At this point in his career, consistency is not a problem for Antonio – the statistics prove it:

Now, strangely enough, the above percentages are quite similar. The reason I chose to take the results from the moment each rider took their first GP win is because that is truly when everything started clicking, and when they were considered ready to challenge for a title. The turning point in each rider’s career, I would say.

In my eyes, Cairoli is more than capable of winning another five world titles – and tying Stefan’s record. At twenty-six years old, he shows no signs of slowing down, and is constantly proving that he is the best, against a whole new breed of competitors. If there is one thing that will see Cairoli become the best, it’s his consistency. With a 72% overall podium percentage, that’s the sort of figure that wins championships. We’re now halfway through the 2012 FIM Motocross World Championship, and Cairoli has been on the overall podium at all of the rounds, except for one. So consistent have been his results, that he could probably get the job done, by putting it on the box every weekend. This year, there are three riders deemed worthy of knocking the Sicilian off of the top step. But not one of them is as consistent as ‘Toni’. Not one of them has a constant presence on the box – the ability Cairoli has garnered comes with the experience of five world titles.

Cairoli isn’t the fastest rider at every race he lines up for – no one is. However, because he knows his limits he settles for a third. Whereas his competitors maybe push their boundaries to try and win, which results in a crash – and loses them even more points. When was the last time you saw Cairoli in that kind of situation?

Obviously, if Cairoli is going to break the records set by Everts, he is going to need to be present at a lot more races. As Everts has completed almost one hundred more GP’s than Cairoli (since his first GP win) at the time of writing. In the three and a half seasons Antonio has contested MX1, he has not started just one GP. In my eyes everything indicates he is already on his way to being one of best ever. 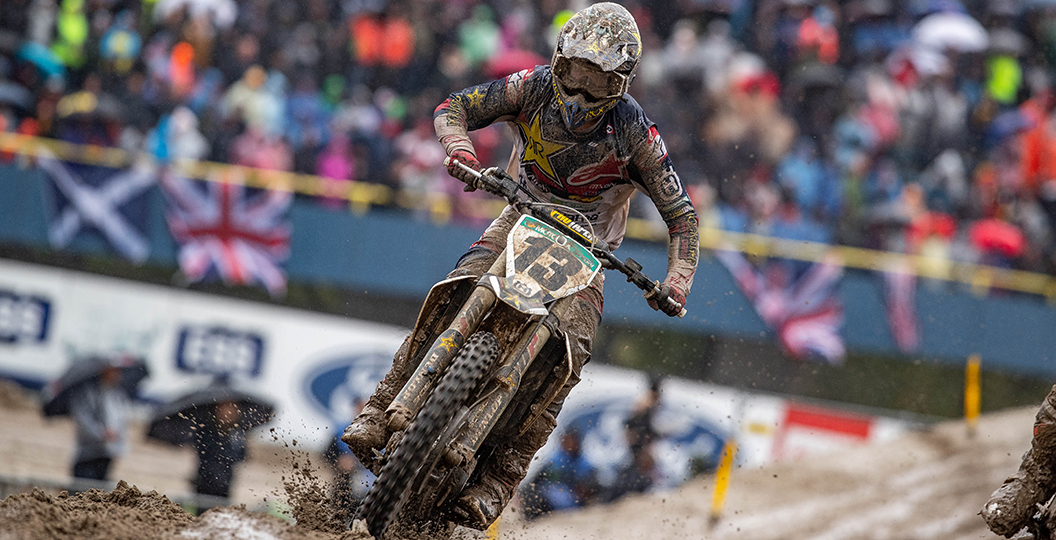