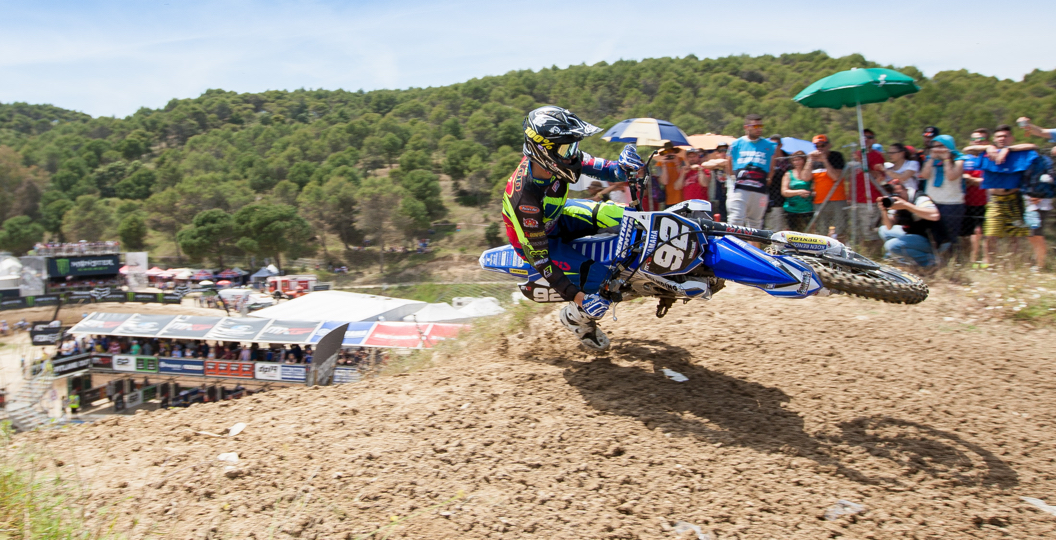 The Standing Construct Yamaha team have been the topic of most conversations this week, following their split from star rider Valentin Guillod. Having gotten the rider’s side of the story, it was only right to get an explanation from team manager Tim Mathys also…

MX Vice: You obviously split from your star rider recently, so take us through what went on there exactly…

Tim Mathys: We had different opinions about how to prepare for the 2016 season. We learnt from what happened in 2015, when we went from a title contender to ending off of the podium. That was because of his results on the sandy and muddy tracks. That is the reason why many of the top riders and teams have bases in Belgium to practice and to give the teams the chance to test – that was what we wanted to organize for Valentin. We all agreed about the necessity of that: Yves, Valentin, his parents and I.

Let it be clear that we didn’t want Valentin and Yves to come and live in Belgium. I knew that, to both of them, this would be a problem, as they like the life in the south of France so much. My personal idea was to find a compromise between spending time here and living in France. After the Motocross of Nations my partner sent a plan for the winter and Valentin let us know that he didn’t agree with it. From there things escalated and, instead of finding a compromise like we always did, things turned out wrong.

We also agreed before not to ride supercross. That was decided during a meeting in Assen with both Valentin’s parents and Yves Demaria, a meeting that was recorded by the way to avoid misunderstandings. This also prompted some discussion, as we had organized a lot of testing and training during the coming weeks; something that is not possible to combine with riding supercross. We, the team, wanted to do everything to get results, just as we always have! There was a difference of opinion between us, Yves and Valentin about how to achieve this.

In our exclusive interview yesterday, Valentin stated that the team lost faith in him. Do you agree with that?

I never lost faith in him. He disappointed me sometimes; not just how he performed on the track, but that stays between Valentin and I. I always defended him, both for his mistakes on and off the track, even if I knew he was wrong. Valentin, to me, was more than just a rider; he was (and still is) a friend. Even if you know your friends are wrong, you defend them.

With the 2015 season now in the rear view mirror, what do you think of how he rode throughout the year?

Valentin was the king on tracks like Loket and Talavera de la Reina, tracks that are similar to where he practiced in the south of France all year. He was very bad on sand or mud tracks though. The conclusion is that you don’t have to practice on something you are already very good at – you just have to maintain that level. You have to practice on something you are not good at and that is exactly what we asked several times in the past and what we wanted to organize this winter…

Why did you decide to organize a new physical trainer, rather than let him continue to work full-time with Yves?

Everyone has his or her specialty. Yves is a great riding coach, one of the best, but physical training these days is not the same as in 1995. The training system we proposed is the one that made Romain Febvre and Glenn Coldenhoff the strong guys that they are now. If you look at the last heat in Assen, those two were just smoking the rest of the guys. I think the proof is there that the system and trainer are good. It is also worth considering that the same system is used by almost all of the top US guys…

Where does Yves Demaria fit into all of this then? Do you believe that he is part of the problem?

Valentin is becoming a second Yves Demaria, with a lot of the positive points of Yves but unfortunately also picking up some of the less good points. I still have a lot of respect for Yves and to me we are still friends. Yves stays Yves, however, and people who have been around a long time know what that means….

In modern motocross you have specialists in all different things concerning racing: suspension specialists, engine specialists, physical trainers, doctors etc. You can’t just do everything by yourself anymore or by one person on a high level. Our suspension guy, one of the best of the paddock, didn’t even want to turn the clickers anymore. That is not because of Yves being of bad will; he just wants the best, but sometimes the best is letting it be done by someone who specializes in that area.

Standing Construct Yamaha is primarily an MX2 team, so are you glad you can now focus solely on that class again?

MX2 is our passion! We are always working on how to improve the bike, make it faster and easier to ride. We spend hours and hours on our dyno. If we did MXGP with Valentin, for sure we would have done that at one hundred percent too. Our main goal is to make the YZF250 even better than it already is and get results in MX2. I think we are good at that.

Are there any plans to replace Valentin, or will you move forward with just Tonkov and Lieber in the MX2 class?

No, both Tonkov and Lieber are top MX2 riders and that is the class we need to get results in. The only reason we would have done MXGP in 2016 was because of Valentin Guillod wanting to stay on Yamaha, Yamaha wanting to keep him and Valentin didn’t want to go to another Yamaha team.

Finally, what do you think of the 2016 calendar? Is it going to be tough on the team with a lot of overseas races?

The overseas rounds are a big cost for the teams, for sure, and with all the travelling sometimes it isn’t easy. But the world championship has to be a ‘world’ championship and for sure Youthstream have made motocross a sport that goes global. That creates new opportunities for the manufacturers and teams.