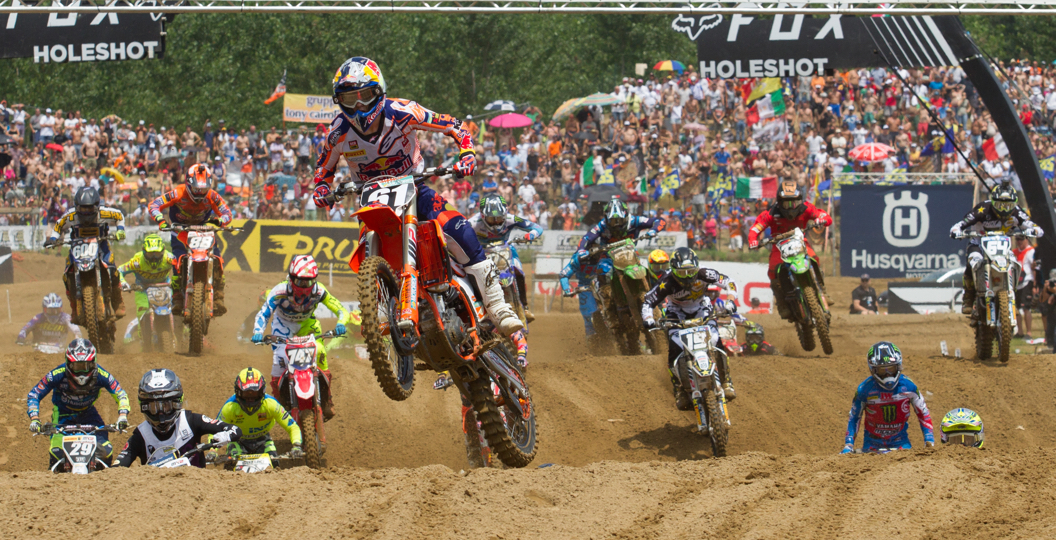 MX Vice are pleased to announce that Europe’s biggest motocross e-commerce store, 24MX, will come onboard this year as the sponsors of Fantasy MX Manager for the FIM Motocross World Championship.

After a very successful 2017, where 5,000 players signed up to compete in a very competitive series, 2018 will see the estimated prize fund increased by 500%. £20,000 worth of vouchers will be handed out for winners to spend online at 24MX.com.

Not only will 24MX be offering prizes, but their huge network of customers will have access to Fantasy MX Manager. Additionally, with a prolific marketing campaign, our target this year is to reach 30,000 entries whilst working together.

MX Vice will bring back public and private leagues. Certain riders, like Max Anstie, will once again have their own league where fans can join and win signed prizes.

24MX will be offering the following vouchers as prizes on Fantasy MX Manager this season. There will also be random signed prizes from your favourite MXGP riders and MX Vice goodies, so that everyone has a shot at winning something! All of the prizes reach a massive total of £20,119.

James Burfield (Founder): “It was important to bring in a company that understood the huge potential of Fantasy MX Manager and 24MX have not only put in a substantial prize fund (the biggest in Europe), but will also support the series with marketing to its vast customer base and social media following. We’re looking forward to working with 24MX this year and really pleased we could bring in a partner who is as excited about MX Manager and motocross in general as we are.”

Mattias Nahlin (24MX Marketing Director): “The second we heard about this, we knew we wanted to be involved. We want to be where the fans are and we are actually quite excited to compete with our own teams ourselves. May the best coach win!”